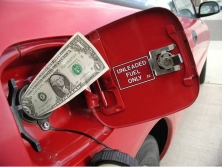 August 27, 2015 (Sacramento)—Senate Bill 350 aspires to set new standards for renewable energy in California that the authors day will grow the state’s economy and improve public health by cutting petroleum use, increasing energy efficiency in existing buildings. But opponents contend that raising taxes on gas and vehicle users’ fees would create economic hardship for some Californians.

The measure by Senators Kevin de Leon and Mark Leno would set new Golden State Standards of “50-50-50” by raising the renewable portfolio standards from 33% to 50%, also striving for a 50% cut in petroleum use and increasing energy efficiency in buildings by 50% by the year 2030. Public and private utilities would have to purchase clean energy to display non-renewable resources.

The state has doubled renewable energy in the last four years with 21,000 megawatts of renewable energy now online such as solar and wind power, including industrial-scale as well as solar on rooftops, businesses and schools.

The bill also allows the state to adopt standards for vehicles and fuels to achieve cleaner air and help cut petroleum use 50%.  According to the California Air Resources Board, petroleum use accounts for almost half of the state’s greenhouse gas emissions, 80% of smog-forming pollution and more than 95% of cancer-causing diesel particulate matter.The bill also enables state energy agencies to implement energy efficiency programs in buildings and use regulatory enforcement to assure compliance.

The changes come after solar power costs have dropped 75% since 2009, making renewable energy more affordable for many Californians than in the past. The state has also pushed  energy companies to boost their renewable power sources from 8% to 20% of their portfolio thus far with a mandate to reach 33% by 2020—a target the Legislative Analyst’s office says most utilities are already on target to meet.

Renewable energy projects reduce air pollution and create jobs, though industrial-scale wind and solar projects have created controversies due to destruction of habitat, rural character and in some cases, public lands as well as issues of noise, lights and infrasound with wind turbines, glare with solar panels, and heightened fire risks with both in some fire-prone areas.

This bill seeks to reduce petroleum use by 50% by the year 2030. In a CARB analysis, one pathway towards this goal could include reducing growth in vehicle-miles traveled to 4%; increasing on-road fuel efficiency of cars to 35 mpg and heavy-duty trucks to 7 mpg; and at least doubling the use of alternative fuels such as biofuels, electricity, hydrogen, and renewable natural gas. One pathway to achieve this goal can be found on the ARB Website.

Opponents include the Western States Petroleum Association and a group calling itself the California Drivers Alliance, as well as by Republican legislators.

Anderson, in an e-mail to constituents, claims the bill will “make it harder and more expensive to drive your own car by reducing the gasoline available to drivers by 50%.”  He says the majority in the Legislature pushed for a 12 cents a gallon increase in the gas tax paid at the pump, a 22 cent a gallon hike on diesel fuel, a $35 increase in vehicle registration fees, a $100 zero emission vehicle fee, and a $35 dollar per vehicle annual road usage charge.

Anderson says such taxes would be “devastating to individuals and families who are already on a tight budget and punish rural Californians who have to drive farther to get to work or their kids to school.” He has launched an online petition opposing SB 350, which he has dubbed the “Gas Restriction Act.” His petition makes no mention of the bill’s goals of reducing use of renewable fuel and cutting air pollution.

But California State Senate leader Kevin De Leon accuses Republicans of “fear mongering” over the bill, the Los Angeles Times reports. De Leon concludes, ““We have an incredible opportunity to tackle climate change and clean up the air we breathe, maintaining California’s global lead in building the economy of tomorrow.”