“We’re going to see that every community has power.” – Bob Filner

December 4, 2012 (San Diego) – From day one in his administration, Bob Filner has made clear that it won’t be business as usual for the city’s powerbrokers. To emphasize that point, he hosted not one, but a series of inaugural parties including celebrations in disadvantaged neighborhoods.  One such festive event took place last night at the Jacob Center in the Euclid area of east San Diego.

“We’re going to see that every community has power, “ Mayor  Filner, wearing a Hawaiian lei, told an enthusiastic and ethnically diverse crowd. He pledged to include faces from the Latino, African-American and Asian communities working in his mayoral office and city bureaucracy through appointments to the boards and commissions that “do the work of the city.” 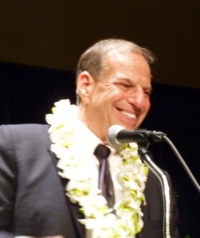 ho once boarded a bus to take a stand for civil rights as a Freedom Rider pledged to continue pushing for equal opportunities for all at Cty Hall.

He noted that the city generates hundreds of millions of dollars in contracts, but that less than one percent go to people of color.  “We’re gonna change that,” he said, generating applause.  He also declared that every person should have a right to quality education, affordable housing, and jobs. 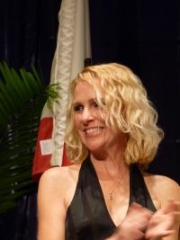 In addition, he promised help to fight unjust foreclosures.  “We’re going to have in the mayor’s office a people’s advocate on housing, “ he said, adding that his administration will ask lenders `Why aren’t you helping people stay in their homes?”  Noting that while he was in Congress of dollars to do just that, he had a pointed message to lenders: “So do it!”

Among his first actions was to appoint former Councilwoman Donna Frye to oversee an open government process for the city.  Filner also introduced his wife, Bronwyn Igram.

Filner will be the city’s first Democratic mayor in decades, and the first ever to have a Democratic Council majority. He praised those who helped elect him, as well as those present who laid the groundwork for progressive ideals in the past.  He lauded former Councilman Floyd Morrow for pushing forward “progressive issues way before we had a progressive majority to accomplish this.” 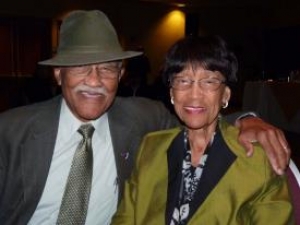 him early in his career the value of both supporting constituents and being a “civil person.”

Filner’s election will doubtless have ripple effects countywide. The Mayor’s appointees will control 40% of the votes on SANDAG, the San Diego Association of Governments; he has stated that with support of just a couple of representatives from other cities in the region he can make changes that will impact the county as well as the city, including unincorporated areas in East County.

“We’re gonna bring in a whole new era of city-county cooperation because when government works together we can legislate for all of our constituents,” he said.  Later he told ECM that he is still formulating plans for SANDAG, but added, “We can block anything.”

He noted that the U-T San Diego has advocated for the new mayor to accede to the wishes of the old-guard powerbrokers at city hall, but assured the crowd, “That’s not going to happen.” He noted that candidates backed by the conservative U-T ‘lost every election,” adding, “I’m not sure they should be telling me what my mandate is.” 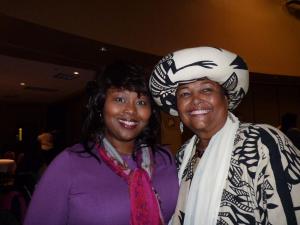 To his supporters in the audience, he confided that “governing is harder to do than getting elected.” He pledged to use his position to take a leadership role and rally public support for policies that he believes will benefit the region.  But he added, “We’re going to have to educate and organize…I continue to need your help, so stay involved.”

A number of Ea 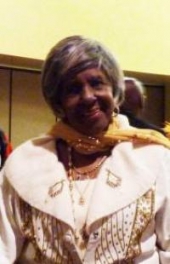 st County representatives were present, including Lemon Grove Councilmembers George Gastil and Racquel Vasquez, as well as Vickie Butcher, a former Congressional candidate and past El Cajon Planning Commissioner.  All said they look forward to a Filner administration.

Kathleen Harmon had a major role in the Filner campaign, helping to organize an army of precinct walkers.   She voice optimism that people of color will no longer be on the outside, but on the inside—a view echoed by many at the inaugural celebration.  Harmon, who also worked on former President Bill Clinton's campaign, recalled Clinton being dubbed America’s first black President years before Barack Obama’s election, due to Clinton’s support for the African-American community.

As for Filner, Harmon told ECM with a broad smile, "This has been a long time coming. I do believe he will be our city’s first black mayor.”

"Power." Not justice or liberty, but, power. Few things could be more telling about this man.

...is we traded Filner for Vargus in Congress. Good luck San Diego. Keep your hands on your wallet.