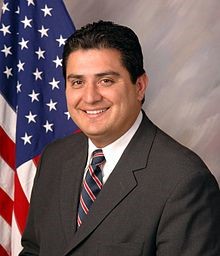 “A child’s zip code should never determine that individual’s destiny,” Hueso said at a joint news conference with Mayor Kevin Faulconer from San Dan Diego, a co-sponsor of the bill. “However, oftentimes the community that a child grows up in impacts their odds of graduating high school, health outcomes, and lifetime economic opportunities.”

“San Diego’s Promise Zone designation has been a real game-changer, helping us bring investment and revitalization efforts to neighborhoods that have historically been left behind,” Faulconer said, Times of San Diego reports. “Now we want to take it to the next level by urging state leaders to pass legislation that will bring even more opportunity to communities that need it the most.”

Under the bill, designated promise zones would receive priority for state resources in these areas. Faith-based programs and tribes could also be included as partners for community improvements.

Communities would have to apply for the designation at the federal and state levels, including the U.S. Department of Housing and Urban Development and a newly created Promise Zone Coordinator within the California Governor’s Office of Business and Economic Development.

The bill passed the State Senate last week with bipartisan support, and now moves to the State Assembly.