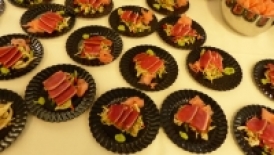 June 14, 2018  (La Mesa) -- The La Mesa Chamber of Commerce’s 10th Annual “Taste of La Mesa” was a night of fantastic food, good conversation and people browsing both sides of the Community Center to savor the cuisines and beverages, as well as meet representatives from participating restaurants and other sponsors. 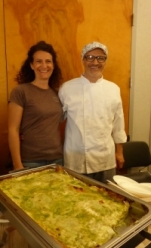 Delicious offerings ranged from seafood served up by Red Lobster to spicy dishes from the Himalayan, from El Torrito's zesty salsa to a pesto vegetarian lasagna from Cucina Basilico as well as sausages and red cabbage from Hooley's Irish Pub and Grill.

Finishing touches included decadent bacon-topped chocolate cake from Riviera Supper Club and Marie Callendar’s tasty pies. With small bites, you could taste to your heart's content from a wide variety of cuisines all in one night of feasting.

“The noise level in the room was a testament to the high energy of the evening and the fact that everyone was having a great time!” a press release from the Chamber states.

In addition to being able to “eat their hearts out” guests were able to participate in several raffles for prizes, as well as a bonus raffle that gave away a huge stuffed bear. There was also a silent auction with many valuable prizes, as well as 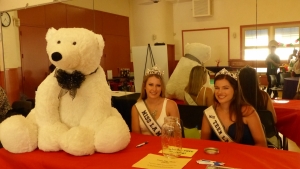 complimentary door prizes given away by participating sponsors.

The Chamber thanks Sycuan Casino, presenting sponsor of this popular food frenzy, as well as supporting sponsors Barona Resort & Casino and DSG&E. 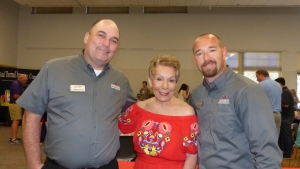 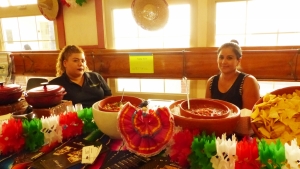