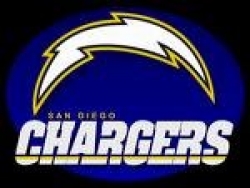 May 20, 2915 (San Diego)--Mayor Faulconer has released his plan for funding a new football stadium in Mission Valley, based on recommendations from the Citizens Stadium Advisory Group, the Union Tribune Reports.

The plan is for a $1.4 billion facility that would be used by The Chargers, San Diego State, and the Holiday Bowl and Poinsettia Bowl. All parties would see their rent for stadium use increase, providing for a large portion of the stadium funding. In all, private funding would account for $936.9 million. The remaining $467 million or about 34% of funding would be provided by taxpayers, with the county and city putting up $121 million each, coming to $7 million per year for the city and county each during the length of the terms, as well as an additional $225 million provided for the sale of city land.

The National University System Institute for Policy Research released an analysis of the Stadium Advisory Group’s recommendations. According to the report, a new stadium in Mission Valley “is the most cost-effective solution, and offers the quickest timeline to ultimate completion.”

Other key findings from the study were that “the financing plan is reasonable in its projection of revenues”, and “The share between public and private, if achieved, would constitute an advantageous arrangement for taxpayers.”

The report did however address concerns that the most recent stadiums built average about $300 million more in building costs then the planned Mission Valley facility, which may leave San Diego on the outside when it comes to hosting a super bowl.

Ironically the average total of $1.7 billion is the proposed cost of building a stadium in Carson that would potentially be shared by The Raiders and Chargers franchises, and would be completely funded by private sources. The teams completed a land transaction this week that will allow the stadium effort to move forward at the Los Angeles County site.

For $250,000 each the county could pay for more ambulances in rural areas that are short at least 2 or 3 of them, according to experts I've spoken with. Similarly Supervisors wring hands claiming they can't figure out how to pay for more firefighters; we can't keep volunteer firefighters due to the low stipends (restricted by federal law on that) and can't afford more career firefighters nor enough drivers for water trucks.  Consolidation sounds good but only if the County Fire Authority fully staffs stations in every community (meaning not just 2 guys on an engine who can't go into a burning building and adequate mutual response).  Similary sheriff response times are an hour for violent crimes in some parts of East County.

How can the officials say they can't afford a few million to address these problems yet justify spending far more on a sports team?  How many are bothered by that?

to the tune of...$121 million at the very least. That is the County's share of this. The full report is full of nuggets like that. As to Carson, given the land has been finalized and this nugget in the actual report... The Chargers have not filed for relocation with the league, but the team has said it would be forced to do so if either the St. Louis Rams or the Oakland Raiders file for relocation. Rams owner Stan Kroenke is proposing a privately funded stadium in Inglewood, California that would be capable of housing two home teams. I think you can read between the lines. Nadin.
...because I won't have to help pay for it (I hope). Getting serious: What a waste; better for taxpayers for this to go to Carson and avoid the ridiculous cost which offers little in return, especially financial.