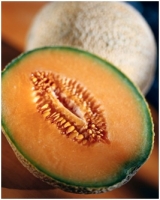 Since listeria can have an incubation period of a month or longer, and the last cantaloupes were shipped out Sept. 10, many more illnesses may occur.

Do not attempt to wash cantaloupes, which may be contaminated inside and out, authorities warn. Chopping or slicing fruit may spread the contamination. Consumers are advised to sanitize any surfaces that the fruit may have touched in their kitchens, including sinks, counters and refrigerators. For details on the Listeria recall and information on how to sanitize surfaces, see http://www.fda.gov/Food/FoodSafety/CORENetwork/ucm27372.htm. Listeria can grow even at cool temperatures inside refrigerators, according to the FDA.

This is the first known outbreak of listeria from cantaloupe, and authorities are not yet certain how the fruits became contaminated. Listeria can be fatal to those with compromised immune systems and the elderly, also posing dangers to unborn children if the mother is exposed.

Listeriosis is a serious illness that can occur from eating food contaminated with the bacterium Listeria monocytogenes. Anyone who becomes ill within two months after eating contaminated food should see their doctor and ask about listeriosis. Listeriosis requires treatment with antibiotics.

Symptoms include fever, muscle aches, diarrhea and other gastrointestinal symptoms. Nearly all patients with the illness have invasive infection in which bacteria has spread beyond the gastrointestinal tract. It can lead to meningitis. More severe cases can cause headache, stiff neck, confusion, loss of balance and convulsions. This infection can cause miscarriage, stillbirth or life-threatening infection in unborn children.

For more information on listeria symptoms, see http://www.cdc.gov/listeria/index.html
The website link above lists states known to have received shipments of the contaminated cantaloupes, however authorities warn some fruits may have been resold and shipped elsewhere.

Cantaloupes grown anywhere other than Jensen Farms are considered safe for consumption, the FDA assures consumers.