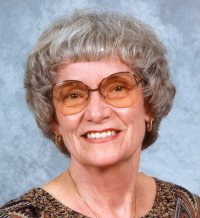 The purpose of the annual induction of women into the Hall of Fame is to make women's actions and accomplishments visible in San Diego. Currently 52 women have taken their place in the Women’s Hall of Fame. The induction ceremony is open to the public. Reservations can be made by calling the museum at 619 233‐7063 or on line at www.WomensHallofFameSD.org

“Those chosen represent and reflect the diversity of our community. They have all selflessly and courageously contributed greatly to San Diego and the world at large” says museum Executive Director Ashley Gardner. “Their lifetime work and achievements have improved the lives of many and have left a lasting impact. They are the unsung heroes of our time whose stories can be inspiring to all of us.” Awards are granted in the areas of empowerment, activism, trailblazing, cultural competency and historical preservation.

Below are descriptions of the five inductees and their accomplishments: 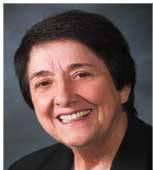 Margaret "Midge" Costanza (1932-2010) -- Truly a trailblazer in every sense of the word, Midge was the first woman to be appointed as Assistant to the President of the United States, Jimmy Carter (1977-1979).  there she promoted civil and human rights, curbing world hunger, supporting the rights of minorities as well as the arts and humanities. Ms. Costanza has a long list of lifetime work in the community and the nation. She passed away in March of 2010.

Judy Forman, an "Empowerer of Women", has been a major community activist and supporter of women for decades. Owner and operator of the “Big Kitchen Café”, Judy opens her home, her business and her heart to making change in individual women’s lives. She is a staunch supporter of social justice and women’s rights and history and is a role model for women in San Diego. She lives in the South Park community of San Diego.

Rita Sanchez, "Activist and Creator of Structural Change", taught the first Chicana course at Stanford University as a graduate student. The product of that class was a Journal of Women’s Writings published that same year. Ms Sanchez was the first woman to be hired as a full time tenured track faculty member in the Mexican American Studies Department. She now makes her home in the Normal Heights area of San Diego.

Clara Harris, "Builder of Multicultural Understanding," Clara is best known for her outstanding work improving the lives of women, promoting fair housing and speaking out against discrimination in educational institutions where race and gender create disparities. Harris is a resident of Lemon Grove.

Martha W. Longenecker, a "Cultural Guardian" is best known as the Founder of the San Diego Mingei International Museum, a non‐profit, public foundation dedicated to furthering understanding of art of all people from all cultures of the world – essential arts, revealing similarities and distinctions of individuals and cultures. Longenecker resides in La Jolla.

For more information on the project partners visit:

To purchase tickets, visit http://www.womensmuseumca.org/ . Tickets cost $70 per person, $50 for seniors, and $40 for students/low income.