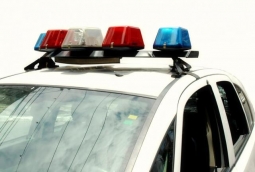 November 17, 2013 (Ramona) – A Ramona resident and a transient have been arrested for the attempted murder of a San Diego Police officer in Poway last night after shots were fired during a traffic stop.

The officer activated his emergency lights to pull over a driver suspected of driving under the influence at 7:50 last night at the intersection of Espola Road and Poway Road. He heard several gunshots and saw the muzzle flash from a firearm, which appeared to come from the passenger side of the vehicle, according to Sergeant Chad Boudreau with the San Diego Sheriff Department.

Deputies from the Poway Sheriff’s Station were dispatched to assist the officer.  Near the intersection of Poway Road and Welton Road, they conducted a high-risk vehicle stop and found a handgun inside the vehicle.  Sheriff’s deputies temporarily closed Poway Road and found shell casings from a handgun on the roadway.

Ramona resident Michael Rains, 28, has been arrested along with Daniel Schwartzel, 18, who claims to be a transient, were arrested. Rains was the passenger and Schwartzel was driving the vehicle.  Both are being held without bail and will be charged with murder, according to the Sheriff’s office.

There were no injuries to suspects or officers.

If you have information on this case, you can call the Sheriff's Department non-emergency line at (858)565-5200.