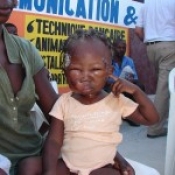 The situation is criticial with infrastructure destroyed including most hospitals, the major port, roadways and the palace. Hundreds of thousands are feared dead and many remain trapped in rubble, yet survivors continued to be pulled out of debris as late as today. 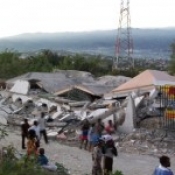 Bodies are stacked in the street and violence has marred efforts to bring international relief to increasingly desperate people in Haiti, a region already ravaged by poverty and several recent hurricanes before the earthquake struck.

International Relief Teams (IRT) has sent five emergency physicians and nurses to Haiti. The team departed Saturday from San Diego with medical supplies, tents, sleeping bags and other supplies to help quake victims. The team will join International Medical Corps partners in Santo Domingo, then travel to Port-au-Prince on a two week mission.

Rescue Task Force, another San Diego-based organization, has a rescue team departing Monday to arrive in Haiti on Tuesday.

RTF’s team leaders include several SDG&E employees and veteran RFT rescue participants.
Darryl Hall, a high voltage foreman and coach of his son’s little league team, has assisted in tsunami relief efforts. Chris Simmons is president of the International Brotherhood of Electrical Workers and a father of four; he has participated in rescue efforts during the tsunami and elsewhere. Jose Garcia has delivered humanitarians supplies to Mexico and is a father of two boys. Shad Fleming, who will be a first-time father in February, has training in the martial arts.

Dave Martinez II, a former U.S. Marine and combat veteran, is father of a three-month-old daughter. He has extensive training in medical techniques, CPR and first aid. “Sometimes people are presented with an opportunity to help people,” he said. “I have been presented with many opportunities and I see this as a new, wonderful opportunity to offer my services.

Stanley Vincent was born in Haiti. A former Marine now employed as a California Highway Patrol officer, he brings to the mission local knowledge of on-the ground resources, common sense, crowd and riot control training, the ability to be the team interpreter, cultural experience, and will help with in-country volunteers.

Donations are sought to assist both of these efforts. To donate, visit http://www.irteams.org and http://rescuetaskforce.org .