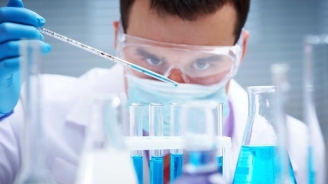 March 20, 2017 (San Diego) – President Donald Trump’s budget proposes to slash 20% of funding to the National Institute of Health.  California received $3.69 billion in NIH grants in the last fiscal year, so such deep cuts could put key research projects at risk.  Medical research leaders nationally and locally warn that the cuts will eliminate many California jobs and threaten research to find new treatments and cures for medical conditions.

In a statement issued on the budget decision, he adds, “Cuts this deep threaten America's ability to remain a leader. It is of grave concern to the research community that President Trump's budget proposal—which would fund the agency at a 15-year low—values investments in defense above all other federal expenditures."

Science Insider reports that the NIH had a $32 billion budget last year and was slated to received a one to two-billion-dollar boost for this year before Trump took office.

Joe Panetta, president and CEO of Biocom, says such a massive cut would be “disastrous to the ability of research institutions, academic campuses, and small companies throughout California to continue to be a primary driver of the state’s economy. The cuts would affect jobs throughout the state, stymie medical innovation, and delay the development of new treatments and cures.”

Times of San Diego reports that Biocom will work to lobby California’s 55 Congressional delegates to urge support for a robust NIH budget to allow the life science community to continue fulfilling its promise of bringing life-saving products to market.

House Speaker Paul Ryan has indicated that he expects medical research to be among the items that may be changed as Congress begins budget deliberations.