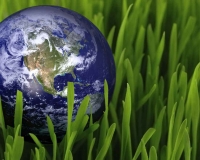 December 7, 2010 (Bethesda, Maryland)--An updated ranking of the environmental and sustainable practices of the United States’ 10 largest publicly traded homebuilders has been released today 2010 in a new report from the investment firm Calvert, one of the nation’s leaders in the field of sustainable and responsible investing.

Among other things, the impact of the recession is gauged in the Calvert report as a factor in showing how the top U.S. homebuilders have held, gained or lost ground in the rankings. The 2010 report updates Calvert’s first “green homebuilder” survey, which was issued in 2008.

As an investor, Calvert seeks to discern how major U.S. homebuilders compare on policies, programs, and performance relating to the environment and resource efficiency. Calvert’s 2010 Green Homebuilders Survey examines the 10 largest publicly traded US homebuilders on the basis of five “green” indicators: land, building materials, energy, water and climate change.

A streaming audio replay of this news event will be available on the Web at http://www.calvert.com as of 6 p.m. EST on December 7, 2010.

More information on Calvert SRI strategies is available at www.Calvert.com/SRI.