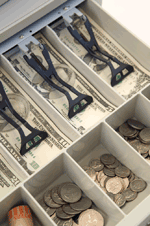 January 1, 2010 (San Diego’s East County) –As the holiday season ends, retailers and business are hoping that 2010 will bring better prospects and spending by consumers in San Diego and East County. So as the rest of the nation still feels the affects of a rough winter and slow-moving economy, consumers are predicted to rebound slowly over the next several months.

Even though there is some predicted economic improvement, will the public bounce back and start to spend again? Or have consumers experienced such a shock to their wallets that they have transformed into a whole new thriftier shopper which will continue for a long time?

According to estimates from the Economic Intelligence Unit (www.eiu.com), retail trade is projected to increase consecutively for the next couple of years. However, there are other factors which may affect consumer spending trends and behaviors, including the impact of the recent recession.

Most indications suggest that the economy will recover slowly and that consumer spending will rise in small increments over the first quarters of 2010. There are, however, other dynamics which will impact consumer spending. These include:

Keep in mind that there are other consumer trends remaining strong, such as e-commerce and mobile as well as online spending, as you can see in the following charts. 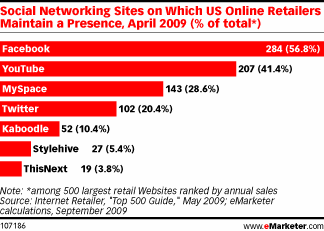 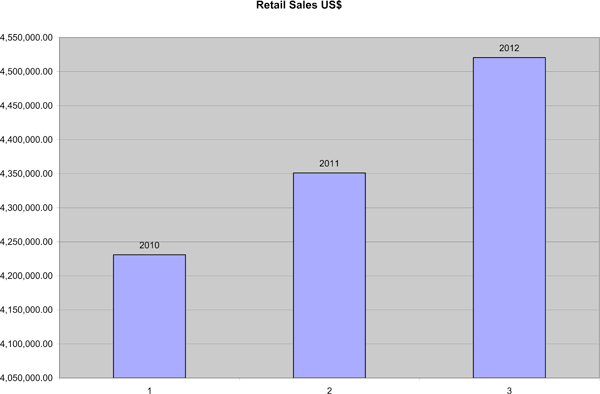 There are other important factors to consider as well. According to analysts at Trajectory (www.trajectorypartnership.com), consumers are seeking uncomplicated, user-friendly products and services that simplify their lives. They are also focusing on discretionary thrift, mercurial consumption which includes easy access to information that has created friction-free purchasing which is making consumers ever more agile–and less loyal.

Decline of Deference – An extended decline in general business activity, typically two consecutive quarters of falling real gross national product – Over the long term, the decline of deference will resume its trajectory as consumers become ever savvier information gatherers and decision makers, and the traditional sources of guidance will inevitability fail to meet their expectations.

Ethical Consumerism – which is another consumer trends that is defined by unselfish consumption and spending, such as eating cage-free eggs and giving to charity, are falling as people focus on their own dire situations.

According to TNS Retail Forward (www.retailforward.com) and PricewaterhouseCoopers (www.pwc.com ) found in their joint study How Will This Recession Affect the Future of Retailing that three-quarters of shoppers have changed their shopping habits because of the economy; mostly by only buying essentials, shopping less and looking for deals.

The following responses to the above study reflect additional consumers’ shopping behaviors including:

Time reported in 2nd quarter 2009 that 61% of people foresee they’ll continue to spend less than they did before the recession. High-income earners, too, say they are also likely to keep up their frugal habits after the economy has improved. Four in 10 people earning more than $100,000 say they are buying more generic brands, 36% are using coupons more, and 39% have postponed or canceled a vacation to save money.

The relatively few things people are most willing to trade up for include fashion accessories and food, with more people eating more meals at home. Among households with annual income of $100,000 to $250,000, the shift to consuming less-exclusive, less-expensive goods may occur in as many as 50% of households, according to projections by PricewaterhouseCoopers (www.pwc.com) and TNS Retail Forward (www.retailforward.com).

In one Luxury Institute (www.luxuryinstitute.com) survey, 62% of wealth people reported that the state of the economy has changed their views on luxury purchases. Consumer Behavior 2010 • 108 • Separate studies by Google (www.google.com) and TNS Media Intelligence (www.tns-mi.com) have found that among the wealthy consumers who have not retreated from the marketplace, many are increasingly going to the Internet to shop.

Based on economic trends for the last several months and current indicators, consumers will be more cautious about spending money. Retailers and businesses have to be aware that there will be less spending and consumers will be more inclined to save by looking for continuous bargains, discounts and opportunities online for the next few months, especially nearing the tax season.

Businesses have to consider that consumers are unsure about the state of the economy and are still losing employment, though not as severe as in prior months. There are also still home foreclosures where banks are holding on to properties, creating an artificial price increase due to a perceived low inventory of homes. Businesses have to continue to offer special deals and discounts as well as continue to be creative in order to get consumers to spend until the end of the tax season.

For more info on market trends, view a video:
http://www.youtube.com/watch?v=4ObLPaGNe6A

With a bachelor of science in business administration and 13 years as a small business owner, Boss has expertise in how markets function. Also a 12 year Marine Corps Intelligence Analyst expert, he researches and analyzes growth, trends, consumer behaviors and distribution channels within specific market segments.