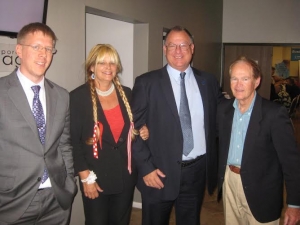 Nevin said, “2015 looks like it will be a mirror image of 2014, and that’s good since 2014 was the strongest economic year in San Diego County since 2006. New home construction in 2015 will blossom again in South County. And that augurs well for the resale market because, traditionally, every new home sold generates four resales.”

According to Daniels, “As the San Diego population continues to diversify and age, housing preferences will change. Beyond the handful of existing single-family developments around the county, most new housing in San Diego will be multifamily units with a focus on amenities, access to transit, and a strong quality of life.”