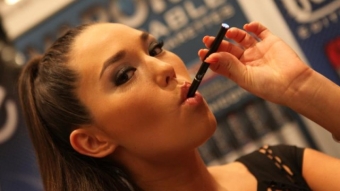 October 15, 2019 (San Diego) - The Board of Supervisors voted 3-2 Tuesday to impose a one-year ban on the sale and distribution of all electronic smoking devices within unincorporated areas of San Diego County.

The board’s decision came after a lengthy and sometimes emotional public hearing. Supervisors Greg Cox, Nathan Fletcher and Dianne Jacob voted in favor of the ban, while their colleagues Jim Desmond and Kristin Gaspar were opposed.

The new policy will not apply to the tobacco used in hookahs.

The county’s chief administration officer will return to the board within 60 days with more specifics on enacting the ban, along with a tobacco retail licensing program and targeted vaping public health awareness campaign.

Residents in favor of the ban cited the growing national health concerns over flavored vaping products.

Those opposed, however, said it was black-market tetrahydrocannabinol (THC) products that were the biggest problem, and that vaping has helped many people quit smoking regular tobacco cigarettes. Some opponents said their businesses would be seriously harmed by such a ban.

“I want to keep our community safe, but this is an overreach by the government that doesn’t address the actual issue,” Desmond said in a statement. “Today’s action does not address the issue of illicit THC products that are causing the most harm to people across the country. While there have been a reported 25 vaping related illnesses in San Diego County, over 95% of those have come from THC and/or CBD products.”

Desmond said more must be done to keep young people off vaping, nicotine and other products, but the vote doesn’t address those issues.

“By banning flavored tobacco products and e-cigarettes, more people will turn towards the illicit market, mainly on the internet, which will end up harming more people,” he said. “We should address the enforcement rather than creating new ineffective regulations.”