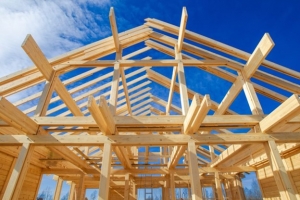 February 17, 2022 (San Diego) – The state’s new Vehicle Miles Traveled Law seeks to reduce greenhouse gases by requiring fees of developers for projects that result in vehicles traveling farther than the regional average.  Projects where drivers travel 15% fewer miles than the regional average, such as infill developments near roads, jobs, and transit, can be built without costly studies and mitigation required of other projects.

So last week, San Diego Supervisors voted 3-2 to attempt to balance housing needs with the state’s goal of reducing greenhouse gas emissions, in a two-phase approach.

The first phase will be to firm up within six months the current definitions of “infill” areas in unincorporated communities where housing developments could be built without triggering Vehicle Miles Traveled study and mitigation.

Phase two will be to begin longer-term work to explore “unlocking” vast portions of the unincorporated areas where development could by stymied by Vehicle Miles Traveled requirements.

The Board members voted 3-2 to finish identifying infill areas in unincorporated communities that could potentially allow interested developers to build as many as 5,441 homes without Vehicle Miles Traveled study and mitigation.

The Board also voted 3-2 to the longer-range phase, which would start with staff coming back to the Board in four months with a ”sustainable land use framework” that could ultimately lead to an update of the County general plan.

The three Supervisors with substantial unincorporated areas in their districts following redistricting split their votes, with Chair Nathan Fletcher in favor, but Supervisors Joel Anderson and Jim Desmond opposed.

“Adopting a VMT (Vehicle Miles Traveled) policy is not an option,” Board Chair Nathan Fletcher said, “it is the requirement of state law.

“The opportunity in front of us,” he continued, “is to accept that we have to tackle climate change and we have to build housing ― and look for the most legally viable way in which we can put the housing in the right places, meet our climate goals and build more housing than we have ever built before.”

While Anderson agreed with the goal of making it easier to build homes, he called the county’s estimates of homes the plan would allow “disingenuous.”  He cited as an example two properties in Spring Valley—one a vacant lot, the other with a house on it, meaning the house would have to be destroyed to build up to 15 units, as the new pan would allow.  He said there is “no incentive” for a property owner to do so. He suggested the state is effectively "shutting down" the county from homebuilding and suggested the board should "just be honest and tell people there's no hope for you to have housing" in the region.

Anderson asked for a breakdown of how many lots included in the proposal already had homes on them.  “This isn’t real…There’s no incentive for this density,” he said, opining that “it was easier 60 years ago going to the moon” than building homes in San Diego today due to various restrictions and fears of litigation.

Anderson said the situation, “sickens me,” noting that he ran on a platform of making it easier to build homes and prevent the next generation from having to move outside the region.  “Everyone on this board wants a path forward so we can have generational wealth for minorities,” he said, but added that won’t happen by “talking and never building.”

He urged the board revisit the situation in a year to see how many homes have actually been built, adding, “If we’re not building, then let’s change what we’re doing,” but no commitment to do so was made.

After an alternate proposal by Anderson was rejected, he cast his vote on the original plan, stating, "Sadly, no."

only does what is good for Joel Anderson NOT the people he is supposed to represent.

Presumably developers would have wanted this, since it would reduce building fees at least some places.  If I'm wrong I hope someone can explain.  I think he just thought this doesn't do enough to make homebuilding affordable especially in the more rural areas.