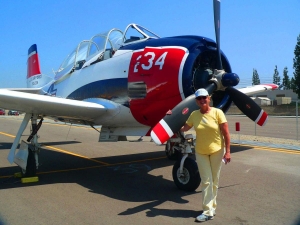 January 14, 2015 (San Diego’s East County) – The Gillespie Field Development Council has three open seats, including two seats from El Cajon and one from the County,

At the last meeting, the Council voted against expanding the board from the current five seats to seven seats.  But some, including Citizens Against Gillespie Expansion (CAGE) wants to see a council that includes representation from citizens in the community, not just cities and pilots’ interests.

“We support seven seats and a more balanced council with more knowledge on real estate, non-aviation businesses, security and environmental [issues]...related to noise, air and water,” CAGE spokesman Roger Germann  told ECM, noting that the airport is the biggest real estate holding entity in the El Cajon Valley, with 852 acres.  “Security is obviously a concern as Gillespie has four flight schools training employees from all over the world, mainly China and the Middle East.”

Other San Diego County airports including Fallbrook and Palomar have advisory boards that includes seats for citizens. “Why not Gillespie?” Germann states.

Terms for the three open positions are four years. The Council meets on the third Wednesday of every other month, starting in January. Meeting dates for 2015 are on January 21, March 18, May 20, July 15, and november 18.

Read the announcement of vacancies on the Clerk of the County Board of Supervisors website:

You can find more information on the Gillespie Field Development Council at the link below:

To submit an application click on the link below, and choose the “application to serve” option:  http://www.sandiegocounty.gov/content/sdc/cob/bcac.html