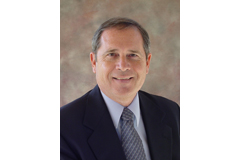 "Because of the severity of the state budget, this coming year will be
a particularly difficult one for our district", said Garrett, who first joined
the board in 2004, was elected to a two-year term in 2006 and to a four-year
term in 2008. "Despite the grim financial outlook, this board and this district
will remain committed to maintaining a solid educational program. We will do
everything within our means to provide the classes and services our students
need."

Other board members are Rick Alexander, who has served since 1990, and Mary
Kay Rosinski, recently publicly elected to her first term.

Chancellor Omero Suarez congratulated the newest member of the governing board
and board-elected officers.

"We will have the daunting task of determining how best to serve our student
population at a time of financial uncertainty", Suarez said. "I am confident
that the experience and commitment of our board members will ensure that difficult
decisions are made with extensive consideration, deliberation and fairness."

As board president, Garrett's major areas of focus include the proper use
of bond monies, work to ensure the district receives its fair share of state
monies, and continued development of financial aid for students.  Former
El Cajon city manager and past president of the Cuyamaca College Foundation,
Garrett has also served as a member of the college district's Proposition R
Citizens Bond Oversight Committee.  He currently is executive director
of the California City Management Foundation, a nonprofit, advocacy group for
city managers throughout the state.

The governing board set its first meeting of the new year for Tuesday, Jan.13,
to accommodate Weeks' scheduled attendance at the presidential inauguration
in Washington, D.C. Except for October and December, all other meetings in
2009 are scheduled for 6:30 p.m. on the third Tuesday of each month. Meeting
locations alternate between the colleges, starting with the Jan. 13 session
at the Cuyamaca College Student Center, followed by February's at Grossmont
College Griffith Gate, also in the student center.