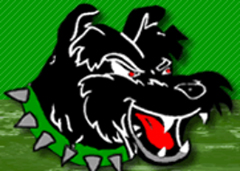 December 17, 2008 (La Mesa) — A report of an armed man on the Helix High School campus yesterday has now been determined to be a hoax.  Further investigation by Helix staff and the La Mesa Police Department confirmed that the student who reported seeing a man with a gun had fabricated the incident.  It is not known why the student lied at this time.

The school and two neighboring schools were locked down for approximately one hour while over fifteen officers and a police helicopter searched the Helix High campus and surrounding neighborhood for the subject.