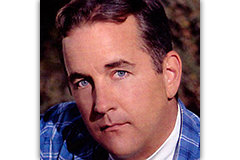 December
19, 2008 (San Diego) — This morning I've been boning up on our
state's massive budget problems and the unthinkably deep cuts that loom. It's
not a pretty picture. Gov. Arnold Schwarzenegger's underlings are reportedly
already telling labor unions that the governor will order two-day-a-month unpaid
furloughs for state employees beginning in February to help the state save
money. And that's just the beginning. I'm sure more painful mandates and sacrifices
are coming.

"So it's not like we're asking for a bailout, because it's
our money. We're just saying, 'Hey, give us some of our money back.'" -- Governor Arnold Schwarzenegger

Reading all this bad news, I had a moment of clarity (or insanity, depending
on your perspective): If the federal government can bail out failing industries
to the tune of $17 billion, why can't it bail out state governments? In other
words, why can't the Feds put some of our taxpayer money back into our own
state coffers? California is in crisis, as are many other states. Imagine what
$17 billion could do to stimulate the state economy, create more jobs, keep
recreation centers and pools and after-school programs open, build roads, support
social services, etc? Am I missing something, or does this just make too much
sense?

This would not be robbing Peter to Pay Paul, nor would it be rearranging the
Titanic's deck chairs. It would simply be a rare example of our tax dollars
actually going to help our communities, which is what our tax dollars are supposed
to do, rather than going to private entities that may or may not have earned
the right to be bailed out. I understand the importance of saving America's
automobile industry, and I do care about jobs for auto workers, as overpaid
as some of them are thanks to out-of-control unions. But I did not pay my federal
taxes with the expectation that they would be used to bail out an industry
whose leaders have been so woefully visionless for the past 30-plus years.
And I don't think you did either. Every CEO at every major auto company should
have been sacked before any monies were given by the Feds to these guys who
to a large degree drove themselves into this ditch.

If bailing out a state with federal money sounds like a wacky, out-of-the-box
idea, maybe a wacky, out-of-the-box idea is just what we need. Why shouldn't
we bail out California, which has the eighth largest economy in the world but
could be out of cash by February? Granted, there would be heated debate over
where this money would go. But there's always heated debate over where state
budget money should go. I don't want to hear some pencil-neck economistâ€™s long-winded
take on why this idea won't work. Let's just do it.

Here in East County, the state budget mess will likely have a huge negative
impact. My biggest concern is what it will do to our two local colleges -- Cuyamaca
and Grossmont. These are both esteemed institutions and integral parts of this
region that need and deserve every state dollar they get. East County is already
reeling as a result of these tough economic times. Sales tax measures were
passed last month by voters in both La Mesa (Proposition L) and El Cajon (Proposition
J) just to retain important city services from cops to disaster preparedness
to road repair. Social services, too, are likely to suffer greatly with this
dreadful state budget as more East County residents lose jobs and homes.

I'm not the first to raise this idea, of course. Governors nationwide
are already pushing for it. Not long after the bailout news broke, the National
Governors Association sent a letter to Congress asking for immediate assistance.
The Center on Budget Policy and Priorities recently released a report saying
that states are facing "a great fiscal crisis" and that their revenue projections
are only weakening. Only nine states--Indiana, Texas, Wyoming, Alaska, North
Dakota, Nebraska, South Dakota, West Virginia and Montana--aren't facing budget
shortfalls in the next two years, the report said. The economic slide is especially
tough on the states because they have balance-the-budget requirements. The
Feds don't, obviously.

Mayors, too, are asking for help from Washington. Last month. the U.S. Conference
of Mayors came up with a "Main Street" stimulus package and identified 4,591
infrastructure projects that would cost $24.4 billion but would create more
than a quarter of a million jobs in return, the mayors said. Cities are really
struggling, locally and nationwide. Officials in Philadelphia, Atlanta and
Phoenix have reportedly asked for a share of federal bailout money allotted
to financial institutions. Worried about the state shortfall, San Joseâ€™s mayor
recently told reporters he'd ask the Feds for $14 billion for public transportation
and other projects, but then he backed off and said he'd only ask for whatever
the fair share would be if the Feds chose to help cities.

Gov. Schwarzenegger recently gave a speech in which he said the federal government
only sends 80 cents to the state for every dollar California sends to Washington.
He was quoted as saying, "So it's not like we're asking for a bailout, because
it's our money. We're just saying, `Hey, give us some of our money back.'"

I agree with the Govenator on this one. But his fervent request , as well
as many other pols' pleas, have fallen on deaf ears. Washington types often
ignore state and local officials, but they listen closely to lobbyists and
donors. As a result, the only bailouts we've seen to date have been for the
Wall Street Ponzi schemers and the Detroit dinosaurs. If the Feds can bail
those guys out, they can and should bail out states like California. Sounds
to me like a no-brainer. Which means, of course, that it will probably never
happen.

What the Governor, Arnold Schwarzenegger stated is completely true, we are just asking back some of the money we paid and we have every right to do that. What we pay should be utilized for the welfare of the people and not on something else which does not benefit the common man. Email stationary