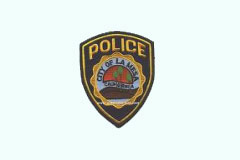 The victim, a 20 year old female from La Mesa, told police that she had just
parked at Grossmont Center near Wal-Mart when a white female knocked on
her window. When the victim rolled her window down, the female suspect
indicated she had a gun and directed the victim to move to the passenger
seat. The suspect was described as a white female, 35 years old, blond hair,
5 foot 5 inches tall, heavy build, wearing a pink Chargers beanie, a grey
sweatshirt, and knit gloves.

The suspect got into the driver's seat and drove the victim's car out of the
lot
and onto eastbound Interstate 8. The suspect demanded the victim's cell
phone and purse, threatening to shoot the victim if she did not cooperate.
The suspect exited the freeway in El Cajon and was driving back towards the
freeway on ramp when the victim jumped from the slow moving vehicle and
flagged down a passerby for help. The victim was not injured and did not see
a gun.

The victim's vehicle, a white, 2002 Mitsubishi Lancer, CA #4WJS485, is still
outstanding and has been entered into the police computer as a stolen
vehicle.

Anyone with information about this case is urged to call the La Mesa Police
Department at (619) 667-1400. You may also call Crime Stoppers'
anonymous toll-free tip line (888) 580-TIPS (or www.sdcrimestoppers.com).
You can remain anonymous, and be eligible for a reward of up to $1,000 for
information leading to an arrest in this case