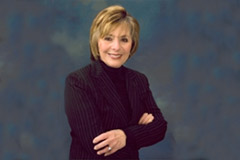 December
23, 2008 (Washington, D.C.) — California Senator Barbara Boxer has prepared
a report detailing impacts of the nation's recession on California counties
and cities.  The report, based on interviews conducted with officials
in 20 cities and all 58 counties, paints a stark picture of the economic strains
felt across California.  The analysis includes unemployment figures, home
foreclosure rates, budget deficits, and first-hand accounts.

In San Diego County, one in 18 households have filed for foreclosure in the
first 11 months of 2008.  Local food banks have seen demand soar by 50%
and 55,000 people a month now seek food assistance in San Diego County, where
unemployment is at 6.8%, Boxer’ research found.
“This report is a reality check on the economy -- things are not good, but
change is coming,” Boxer wrote in a letter to constituents.  “I am going
to focus like a laser beam on saving and creating jobs, which is the backbone
of any economy.”

The report shows that budget deficits and revenue reductions have forced local
government to make cuts in many programs, including public safety programs,
Medi-Cal services, mental heath services, meals on wheels, and youth and senior
centers. Non-governmental charitable organizations also have been stretched
to the brink, Boxer said.  In addition, critical infrastructure projects
are stalled due to financing problems, which limits job growth at a time when
unemployment rates are at their highest level in decades.

“This report shows clearly that action is needed,” Boxer concluded.  “I
am working with Congressional leaders and President-elect Obama on federal
economic recovery legislation.”

Priorities outlined by Senator Boxer include:

San Diego County has budgetary flexibility for this year, but in the long
term it expects to reduce services to match available funding and expenditures.
The County has scaled back several programs in the Criminal Justice and Health
and Social Services as a result of cuts in funding from the State of California.
To prepare for anticipated financial impacts from falling revenues, the County
is developing plans for a future possibility of eliminating programs and may
be forced to lay off employees. The County was poised to do a $300 million
lease revenue bond financing in October to commence the redevelopment of the
County’s Operation Center and Annex, but has had to delay and downsize the
project because of unfavorable market conditions.

For calendar year 2008 through September, the amount of property tax revenue
loss is approximately $10 million county-wide. Foreclosed properties have a
negative affect on surrounding properties, the Boxer report further noted.
The full report is available at:
boxer.senate.gov/features/Boxer_California_Recession_Report.pdf