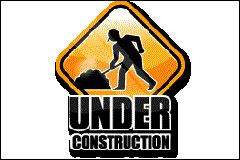 December 23, 2008 (San Diego's East County)--Senate Majority Leader Dean Florez
(D-Shafter) has written to Henry Paulson, Secretary of the U.S. Treasury
Department, urging him to use the Treasury's investment strength to jump
start planned public works projects in California that would provide the
state with an economic stimulus.

"The frozen bond market and the inability to raise capital in this market
is a clear and present threat to California's financial health," Florez wrote.  "At
a time when President-Elect Obama is calling for broad ranging public works
projects in order to stimulate the economy, California is unable to sell the
bonds necessary to fund significant public works projects that were already
in planning. Allowing these projects to stall now will only exacerbate the
economic downturn and jobs crisis facing California," California's Senate Majority
leader concluded.

As a result of the budget impasse, the state has announced its intent to shut
down planned expenditures for infrastructure projects that would have created
jobs in a struggling California economy.  Those projects include expansion
of Highway 52 in East County.

California faces a $42 billion budget shortfall over the next 18 months.  Earlier
this month, the Legislature sent an $18 billion bill proposing fee increases
and budget cuts. Governor Arnold Schwarzenegger refused to sign the measure. "The
state is in terrible condition," said the Governor, the Sacramento Bee
has reported.  Without proper action by legislators, he warned, "We
are going towards a financial Armageddon."  Schwarzenegger said the
package passed would raise fees and taxes without making it easier to do business
in the state or helping troubled homeowners.

Democrats control the Legislature, but a 2/3 majority is required for passage
of a budget, requiring votes from at least some Republicans.  The Legislature
has remained at an impasse since July, when passage of a budget was due.  Without
a resolution, the state could run out of money early next year, legislative
budget analysts have warned.
State Treasurer Bill Locker had urged adoption of the package. "If we
throw away an $18 billion solution, under these circumstances, investors will
throw up their hands in disgust, and we likely will suffer the humiliation
of seeing our credit rating sink even lower," he said in a statement prior
to Schwarzenegger's rejection of the proposal.

Republican
Assemblyman Joel Anderson, who represents most of East County, has announced
opposition to legislative Democrats' plan for fee increases to address the
budget gap.  Anderson favors budget cuts, not fee or tax hikes.   '"Democrats
have agreed to $6 billion in budget cuts proposed by Republicans. But, instead
of voting on those cuts and helping California's families, Democrats are handing
Californians a bill they can't afford to pay and demanding the cash upfront,"
said Anderson, who called the measure "an outrage" and criticized Democrats
for "circumventing Constitutional restrictions" to pass new taxes.  Among
the tax increases included in their plan is a new 39-cent 'highway users fee,'
which translates into an 18 cent-per-gallon increase at the pump, according
to a newsletter that Anderson e-mailed to his constituents.

But Senate President pro Tem Darrell Steinberg (D-Sacramento) leveled harsh
criticism of the Republican budget proposal.  "Instead of a serious proposal
for serious times, the Republican plan relies on phantom revenue that may never
materialize to the general fund," Steinberg said.  "While they talk a
lot about California's economic competitiveness, Republicans propose over $10
billion in cuts to education--the equivalent to shutting down the three largest
school districts in the state, or over $1,300 a kid. That's no way to build
for the future."

Thanks for sharing such important informations. California has to introduce new ways if it wants to improve it's financial economy. It is the responsibility of the concerned officials to look in to the matter, if the President-Elect Obama has stressed on public works projects in order to stimulate the economy then there is definitely a scope for the people in this field. Indianapolis Real Estate mls