Questions Regarding the Tragic Death of Nataline Sarkisyan 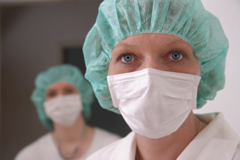 January
6, 2008 — Few people who read about the Nataline Sarkisyan
case last year could have avoided being touched by her tragic death. Recently
her family filed a lawsuit against her insurer, Cigna and is trying to get
criminal charges brought against them as well for refusing to cover a
liver transplant for Nataline, a young leukemia patient. Unfortunately, I
believe media coverage of the story left out a number of crucial points/questions.

Separating Decisions from Motives: People distrust private
for-profit health insurance companies and for good reason, as we are inundated
with stories of tragedies resulting from denials and/or delays in coverage.
It is still important to separate decisions from motives. Redding Medical Center
in Northern California performed bypass surgery on over 850 patients with healthy
hearts. Unfortunately, not one of the many insurers, neither Medicare, nor
private companies ever questioned why a small hospital in Northern California
was carrying out as many bypasses as major medical centers. In this case, denying
payment would have both benefitted the patients and been profitable. Insurance
companies do have a bottom line, to make a profit; but this can be made in
a number of ways: refusing to pay for unnecessary and/or harmful care, denying
or delaying beneficial care, selecting for only "healthy" people, and/or increasing
premiums. Built into their premiums is the expectation of an occasional high
cost case.

Obviously, UCLA isn't Redding Medical Center. It is one of our finest medical
centers. However, one still needs to evaluate decisions separately from motives
because decisions to deny payment can be both profitable and medically sound.
The two aren't necessarily mutually exclusive.

Nataline's Condition: One caveat is that neither UCLA nor
Cigna, due to patient confidentiality, have released details of Nataline's
case. The information we have is that Nataline had recurrent leukemia. She
was first diagnosed at age 14 and received a bone
marrow transplant on November 27, 2007. She subsequently developed complications
leading to multiple organ failure, including liver and kidney failure.
Doctors sought coverage from Nataline's familys' insurance provider on December
10 for the transplant. Cigna HealthCare refused to pay for treatment, citing
policy provisions "which do not cover services considered experimental, investigational
and/or unproven to be safe and/or effective for the patient." After widespread
protest Cigna reversed its stand. Nataline had been in a vegetative
state for three weeks, and her condition had deteriorated to the
point that her family terminated life
support before they could be reached. Nataline was only 17 at the time
of her tragic death on December 21.

Doctors treating Nataline claimed that patients in similar situations had
a 65% chance of living six months if they received a liver transplant. Since
few transplants are carried out on patients as ill as Nataline (multiple organ
failure in a vegetative state), one can question the basis for and reliability
of their prognosis. Additionally, one isn't told what quality of life Nataline
would have had. Would she have needed dialysis? Her susceptibility to infections
would have been significantly increased due to suppression of her immune system
by anti-transplant rejection drugs. What would her pain level have been? Would
she have been doped up on pain medications? Would she even have been able to
leave the hospital?

UCLA's Role and the high cost of U.S. healthcare: With a
liver available why didn't the doctors at UCLA go ahead with the operation?
One reads from time to time about surgeons and staff donating their services
as well as hospitals donating their surgical rooms. Cigna surely would have
paid for most, if not all, follow-up care. And, if the surgery had been "successful,"
then pressure could have been put on Cigna to cover the complete costs.

One could also question why the cost of a liver transplant and follow-up care
in the U.S, hovering around $500,000, is far higher than in Canada, Germany,
France, and other countries with comparable quality transplant centers. Malpractice
insurance may increase costs in the U.S. compared to other nations; but is
not remotely responsible for the high costs of U.S. health care.

Specialists such as Nataline's physicians often during their careers play
two separate roles. One is as their patient's advocate. Especially with the
impending tragedy of a young life lost, Nataline's physicians may have simply
not wished to give up, allowing their emotions to color their judgment. The
other role, as reviewers, allowing some distance from a case and the same physicians
may well have decided to advise against proceeding with a liver transplant,
as several highly qualified reviewers did.

Shortage of Transplant Organs: There is one crucial piece
of information that, as far as I can find, was never brought up. We have a
huge and tragic shortage of donor organs for transplants. Literally thousands
of patients die while waiting for an appropriate organ. What happened to the
liver that Nataline would have received? How would our reaction to her tragic
death and anger at Cigna have changed if we found out it had been transplanted
in, say, a 35-year-old father of two young children whose overall condition
gave a good chance of living 5 years or more? Or how would we have reacted
if Nataline had received the liver, died during or shortly after the surgery
and we found out that the 35-year-old father who was next in line had also
died?

Cigna's Role: Finally, in Nataline's case, Cigna was not
the insurer; but the third-party administrator for a self-insured company.
Cigna was paid a monthly fee to make the decisions, and appropriate payments.
Natalie's parents' employer, not Cigna, would have been responsible for the
actual costs. One could ask whether they were aware of the case and, if so,
since it would have been their money, did they play any role in the decision?

Neither I nor the media know all the details of Nataline's case due to patient
confidentiality issues, nor what happened to the liver that Nataline would
have received. It may well be that despite the questions I raised above, that
a liver transplant would have been in her best interests. However, despite
my antipathy for our for-profit health care system, not all decisions made
by insurance companies are the wrong ones, even when they deny care. Such
decisions will still have to be made whatever form of health care system we
have. However, with that said, if either a civil trial and/or criminal
investigation uncovers clear evidence that Cigna's decision was based on economic
motives, then obviously they should be held accountable!!

Addendum: Even if private insurers always made the "right"
decisions, the fragmentation of a private for-profit system affects our quality
of care, e.g. coordination and continuity, and by driving up costs, leads to
many being either uninsured or underinsured (cf. my article, "Paying More,
Getting Less," at www.dollarsandsense.org/archives/2008/0508harrison.html

Joel A. Harrison, PhD, MPH, a native San Diegan, is a semi-retired
epidemiologist. He has worked in the areas of preventive medicine,
infectious diseases, medical outcomes research, and evidence-based clinical
practice guidelines. Dr. Harrison, a longtime advocate for a single-payer
health care system, has lived in Canada and Sweden.

The views expressed in this editorial are the author's and do not necessarily
reflect the views of East County Magazine.