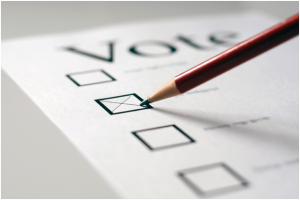 Proposition 68, a natural resources bond, won with 56% of the vote.

Proposition 69, a bill limiting use of transportation revenues, took a commanding 80% of the votes.

Proposition 70, which would have required a two-thirds vote of the Legislature for expenditures on cap and trade funds in the greenhouse gas reduction reserve, failed, getting only 36% of the vote.

Proposition 72, property tax relief for construction of rain-capture systems, got 83%.

These are statewide results from the California Secretary of State’s office with 100% of precincts reporting but late mail-in and provisional ballots remaining to be counted.

Just Google what you want to know. The Internet has plenty of websites with good ideas on how to build rain collection systems and ways to mosquito proof them.
Shipping soon.. There must be a way to save rain without breeding bloodsuckers.
Proposition 69 passed.. I hope it works out that way... Wow a win for us all... Proposition 72 passed.. I;m going to have to get some trash cans for the mosquitoes breeding sites for sure!... ZIKA! Baby! So did we go FAR left very scary $$$? this would be bad or did we keep it 50/50 the best for all.