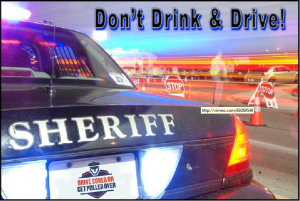 April 26, 2015 (Santee) – Sheriff’s deputies set up a checkpoint in the 8700 block of Mast Boulevard in Santee Saturday night to check for drivers under the influence of alcohol.

The deputies stopped 437 vehicles and directed 37 to secondary inspection areas.  Four drivers were arrested for driving under the influence of alcohol.  In addition, seven citations were issued for suspended or revoked driver’s licenses and three vehicles were impounded.

The purpose of the checkpoint was to remove impaired and/or unlicensed drivers from the roadway, also providing public education and deterrence to increase the safety of all drivers and allow for a safer driving environment. Funding for this operation was provided by a grant from the California Office of Traffic Safety, through the National Highway Traffic Safety Administration.