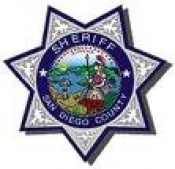 August 2, 2015 (Santee) – Nathan Smoltz, 31, has been arrested for felony drunk driving after the Ford Explorer he was driving plunged off a steep embankment and rolled over several times, ending up in a ravine in harsh terrain northwest of Summit Avenue in Santee.  Four people were injured, including two in serious condition and one who sustained critical injuries.

Sheriff’s deputies responded to the crash last night about 7:23 p.m. in the remote area. The crew of the Sheriff’s ASTREA helicopter located the vehicle.

The critically injured patient was lifted out via hoist rescue and airlifted to Sharp Memorial Hospital in San Diego by the San Diego Fire Department Copter 2. The other three occupants of the vehicle were airlifted and taken to a nearby landing zone and then transported by ambulance to various hospitals for treatment, said Sergeant Daniel Morsch.

10 News reports that a dog was also injured in the crash.