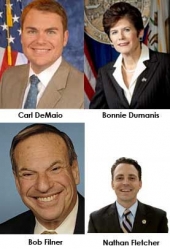 For reservations, call 619-687-3580,  or email cityclubofsandiego@prodigy.net