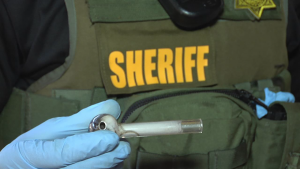 Those arrested were booked on charges of possessing drugs and paraphernalia, as well as possessing drugs for sale. Nearly $1,000 worth of methamphetamine was also seized during the operation.

The Sheriff's Department works with County Probation to ensure parolees and probationers are complying with the conditions of their release. According to a statement issued by the Sheriff’s office, the goal is to identify parolees and probationers involved in crime and their associates. The compliance checks are conducted to help those on conditional release avoid a criminal lifestyle. This is in addition to patrol teams already out in the field. These operations also help improve public safety.