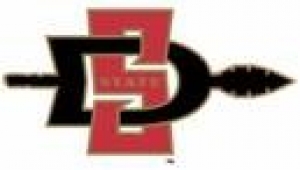 Football linebacker Kirk Morrison, a 2004 graduate of SDSU, was twice named All American and Mountain West Defensive Player of the Year.  He is among the most decorated Aztecs of all time  and went on to play with the Oakland Raiders, the Jacksonville Jaguars and Buffalo Bills teams in the National Football League.

Baseball pitcher Stephen Strasburg was Major League Baseball’s number one pick for the Washington Nationals and also played on the U.S. Olympic team, which won a bronze medal. He holds the SDSU records for most strikes in a game, in a season, and in a career. He also holds the school record for lost career earned run average. In his final collegiate appearance in 2009, he pitched a no hitter, leading the Aztecs to their first NCAA regional appearance in 18 years.

Pete Inge, a football offensive lineman from the class of 1979, is one of only 13 Aztecs to win All-American honors in two separate seasons.  A first-team all WAC selection and two-time AP second team All American winner, he helped lead SDSU to a 20 to 2 record in his freshman and sophomore seasons.

Soccer player Kyle Whittemore from the class of 1988 still holds SDSU’s record for goals and points scored in a season. He was named most valuable player in the Senior Bowl in 1988 and was a Hermann Trophy finalist.  Whittemore’s honors included being named a Far West All America selection four times.

Shayla Balentine from the class of 2005 was an NCAA All-American and NCAA national runner up in pole vaulting, setting the record for both indoor and outdoor pole vaulting in the SDSU and Mountain West Conferences.

The new inductees will be recognized during halftime at the Aztecs  home football game against Air Force at Qualcomm Stadium on November 21.