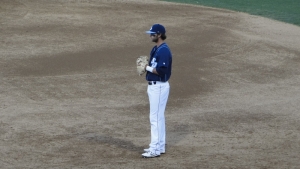 April 18, 2012 (San Diego) -- The exact distance from Grossmont High School in El Cajon, Calif. to the University of San Diego is 14.7 miles. The former is where USD senior first baseman Bryan Haar made a name for himself as one of best high school baseball players in San Diego County; the latter is where Haar is making a name for himself by helping lead the 19th-ranked college baseball team in the nation to what many hope is a berth in the College World Series.

From there, he went on to USD, where he would be named to the 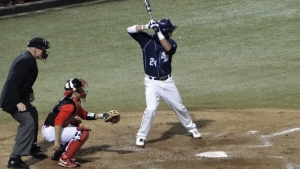 All-West Coast Conference team in his junior year and All-WCC freshman team in his first year. He also helped lead his team to the 2010 WCC Championship and a berth in the NCAA Tournament in his sophomore year. Through 36 starts this season, Haar is batting .314 with 26 runs batted in, 24 runs, and two home runs. His 15 doubles and seven stolen bases lead the team.

East County Magazine caught up with Haar to see what he why he chose USD and what it was like changing positions in college.

Why USD?
I chose USD because of the camaraderie of the team. When I went on my official visit, all the guys were close and there was a special connection that no other team had. I wanted to be a part of that. I knew from the beginning that USD was the right place for me to go to college, and I wanted to get a degree from a great school.

What is your major and why did you choose it?
My major is business administration. I have always liked dealing with numbers, and the businesses classes are the most interesting to me.

To whom do you attribute your success?
My family has had the most impact on my baseball career. My older brother (Jason) has always been my biggest fan and continues to push me to play at my highest level possible. He played at the college level (at the University of Pacific) as well, and I have learned a lot just by watching him play. 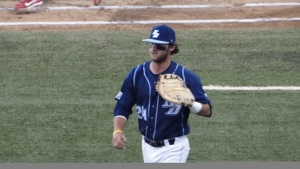 You were primarily a shortstop on high school. What was the hardest thing about switching to left field and first base?
At shortstop, I was constantly involved. I had to be the leader on the field. When I play left field and first base, I am not involved in every play. That was the hardest thing to get used to. At first base, I had to go about fielding ground balls differently than I would at shortstop. Also, I have a lot more time at first, so I can sit back and knock balls down if I have to.

What do you like to do when you're not on the baseball field?
I like to hang out with the guys on the team and relax. I try to take advantage of the great weather, and go to the beach as much as possible.