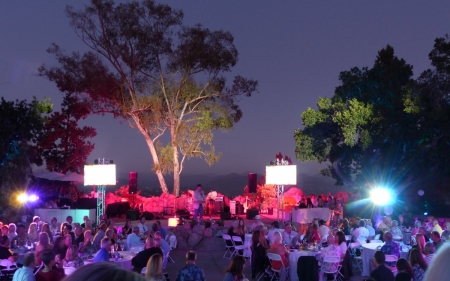 Photo, left: Twilight atop Mt. Helix during auction at HeART of Mt. Helix

August 16, 2019 (Mt. Helix) – More than 500 art aficionados, philanthropists, food and drink fans, and people who like to party turned out at the 12th annual HeART of Mt. Helix  The event benefits the Mt. Helix Park Foundation which maintains the stone-stepped amphitheater, historic cross, surrounding park and wildlife habitat atop the mountain. 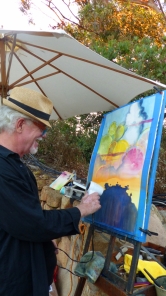 After a breezy ride aboard the open-air Old Town Trolley  on a warm summer’s eve up the hill from the fire station below,  visitors were welcomed with glasses of champagne and invited by butterfly-winged volunteers to purchase raffle tickets.

Prizes ranged from rounds of golf to a getaway vacation, from yoga classes to a package of pet products. 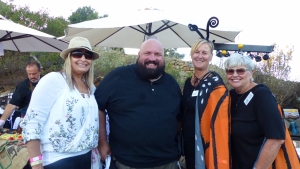 Near the park entry, the juried art show winners were on display, depicting images of Mt. Helix in a variety of mediums.  (Photo, left)

Strolling around the park, guests enjoyed watching artists at work creating new paintings on sale to benefit this worthy cause. (Photos, right)

The La Mesa Historical Society was on hand, along with the Foundation.  Souvenirs including T-shirts, sweatshirts and a book on the history of Mt. Helix were available t 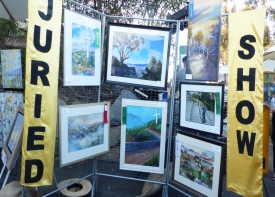 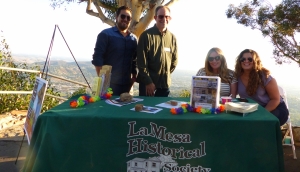 Local restaurants served up a variety of items including 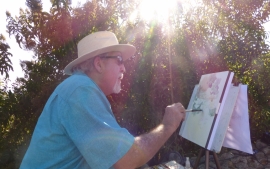 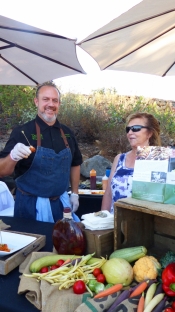 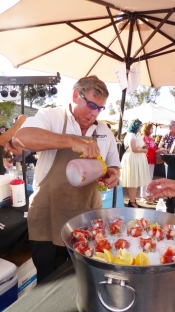 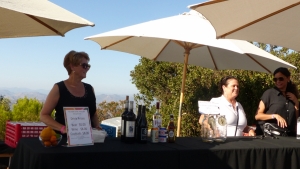 l wineries and a brewery 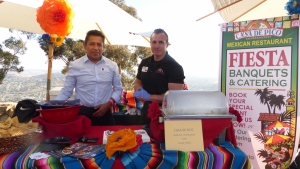 served up a range of beers and wines, including some specialty vintages such as San Pasqual Winery’s ever-popular passionfruit and habañera wines.

Atop the mountain, the Tradesmen provided live musical entertainment during the early portion of the event. 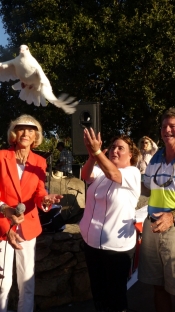 A touching tribute was to the late Charles Kimball “Kim” Fletcher, Jr., who passed away June 22nd.   Fletcher was the grandson of Colonel Ed Fletcher; the Fletchers are among three families who worked tirelessly to shape the vision of the Mt. Helix Park, known as the “crown jewel of East County.”  (Photo, left) 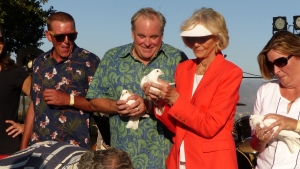 awkey White to build a memorial to her mother, Mary Carpenter Yawkey. It was Fletcher who proposed holdin 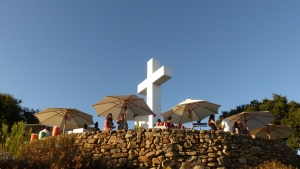 Against a backdrop of trees silhouetted against the setting sun and city lights below, an auctioneer took stage. He announced that Ron and Mary Alice Brady had g 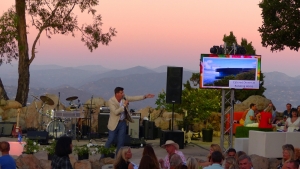 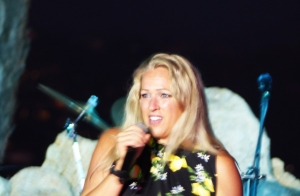 Next came a lively auction, with guests vying to outbid each other for an array of prizes including vacations in Cuba and Palm Springs, a shopping spree in La Mesa’s downtown village, dinner in the famed rotating house on Mt. Helix, and a private dinner party atop Mt. Helix in the park.  Many philanthropic-minded guests also pledged donations from $1,000 to $5,000 to further support the Mt. Helix Park Foundation. (Photo, left)

Krista Powers, who organized this fabulous event, thanked all of the attendees for supporting the good works the foundation is doing to preserve and enhance the park for posterity. (Photo, right: Krista Powers) 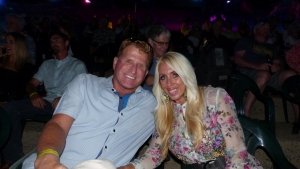 The park offers a variety of activities open to the public throughout the year, ranging from hikes to yoga classes as well as youth activities, a Christmas caroling party, and more. Space is also available to rent for private parties at the venue with panoramic 360 views from the Pacific ocean to the west and the Laguna Mountains in the east. 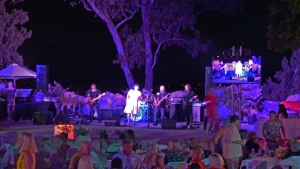 Capping off the annual party on the hill, as the HeART of Mt. Helix is known, the Good Mojo band took to the stage and guests danced the night away beneath a canopy of twinkling stars. (Photo, right)

Scroll down for more photos: 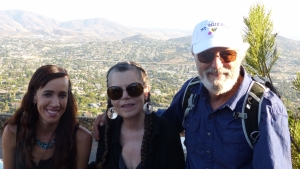 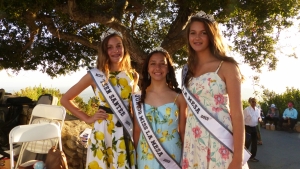 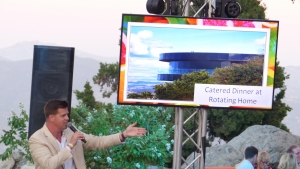 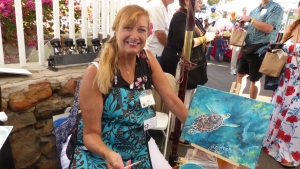 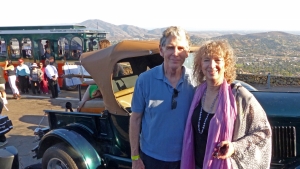