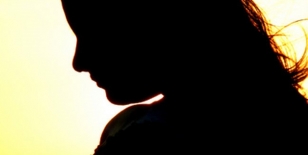 October 19, 2017 (San Diego) – A federal judge on Wednesday ruled that the Trump administration has violated the rights of a 17-year-old undocumented immigrant detained in Texas by refusing to allow her to have an abortion.  The Trump administration has appealed.  “Failure to comply with this order may result in a finding of contempt,” wrote D.C. Circuit Judge Tanya Chutkan.

A 2014 study by Fusion found that a staggering 80% of women and girls from Central America who cross into the U.S. from Mexico are raped along their journey here.  An earlier report by Amnesty International put the estimate at 60%, Huffington Post has reported.  Many of these women flee their homelands to escape violence and sex trafficking risks, only to suffer the same fate en route to the U.S. at the hands of smugglers.

Yet the Trump administration, in a change from the Obama administration, has been prohibiting women and even young teens from obtaining access to abortions.  Scott Lloyd, director of the Office of Refugee Resettlement which is responsible for unaccompanied minors apprehended crossing the border, wrote in a March email that federally funded shelters “should not be supporting abortion services pre or post-release; only pregnancy services and life-affirming options counseling” except in medical emergencies.

The teen in the lawsuit is in her 15th week of pregnancy and was picked up crossing the border in early September, over a month ago, when she was in the first trimester. She is identified only as “Jane Doe” and her country of origin is not listed.  She had funds to pay for her own abortion and was not asking for federal funding for the procedure.  The clock is ticking, since Texas bans most abortions after 20 weeks.

Either way, her future seems bleak; if deported she will return to the harsh conditions she once fled from —potentially now with an unwanted child to care for, a child who could also be at risk of dangers that compelled the teen girl to leave home.

The judge ruled that the Trump administration violated the law not only by denying the teen’s request for an abortion, but also notifying her parents and ordering her to a Christian counseling center that sought to talk her out of the abortion.

The judge has not yet acted on a request by the American Civil Liberties Union (ACLU), which is representing the girl, to expand the judicial ruling to all minors in federal custody, the Washington Post reports.

The Trump administration had argued that illegal immigrants are not entitled to Constitutional protections, but the judge rejected that argument and found that the girl would suffer “irreparable injury,” including health risks if the government blocked her from terminating her pregnancy.  Judge Chutkan also banned the government from retaliating against the teen for her decision.