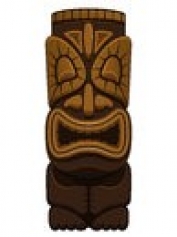 August 3, 2015 (San Diego) – More than 60 people have fallen ill after dining at the Bali Hai restaurant on Shelter Island during the Society of Professional Journalists annual awards banquet on Thursday, July 30th, according to Matt Hall, president of SPJ’s San Diego chapter. Several individuals were hospitalized with food poisoning symptoms, though most have recovered.

County health investigators have been interviewing diners to try and determine the cause, though norovirus is suspected, Hall told SPJ members.  According to the Centers for Disease Control Vital Signs report,  norovirus is the leading cause of disease outbreaks from contaminated food in the United States. About 70% of norovirus cases originate with a food worker, the CDC reports.

Bali Hai’s manager, Larry Baumann, told the San Diego Union-Tribune today that the restaurant is working closely with the health department and “following their guidelines and procedures.”  He has suggested that a diner could have been the source of the outbreak and told Times of San Diego that this is the first time the restaurant has had such an outbreak.  Baumann has also indicated that Bali Hai has done a thorough cleaning and there is no reason for the public to be concerned about dining there in the future.

But as recently as July 22, just eight days before the banquet, Bali Hai was forced to discard four different food items after health inspectors found problems with food stored at higher temperatures than recommended, the Union-Tribune reported.  A dishwasher was also found to have an inadequate concentration of sanitizing solution. The restaurant did maintain its A rating despite those findings, scoring 93 out of 100 possible.

That wasn’t the first violation of health regulations.  Times of San Diego has indicated that three times in the last five months, Bali Hai was found to have “major” violations during inspections, including a March incident of improper food temperatures and an April issue with shellfish tags. All were classified as “minor” violations by the County.

Those who fell ill at the banquet, served at the restaurant’s outdoor patio, included two members of East County Magazine’s journalism team.

Opened in 1954 by well-known restaurateur Tom Ham, Bali Hai has been serving up Polynesian cuisine for diners to savor along with panoramic views of the bay for more than 50 years.