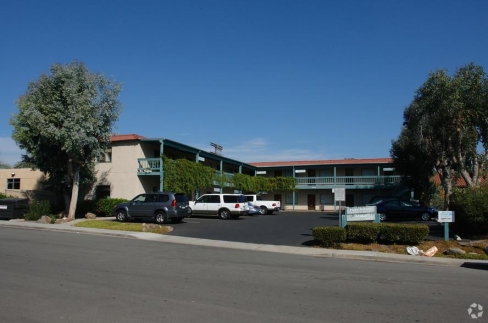 By Miriam Raftery
June 20, 2019 (Spring Valley) – Seven people have been arrested following raids yesterday morning on three illegal marijuana dispensaries in the Casa de Oro area of Spring Valley.  An abatement warrant and three search warrants were served at an office complex at 9966 Dolores Street in units 102, 108 and 208. Sheriff’s deputies found over 600 pounds of marijuana along with marijuana edibles, drug paraphernalia, $21,000 cash, and four firearms.
The operation was conducted by the Sheriff’s Rancho San Diego Crime Suppression Team and detectives from Rancho San Diego and Imperial Beach, along with the East County Street Team and County Code Compliance. The actions were taken as a result of numerous complaints from concerned citizens.
Seven employees were charged with possession and sales of marijuana. Two were also charged with possession of methamphetamine and cocaine. County Code Compliance officers secured the illegal dispensary at unit 102, boarding up all entry doors.
In California, while possession of small amounts of marijuana for personal use is legal, each jurisdiction within the state has the right to establish its own rules regarding sales. While the city of San Diego has legalized recreational and medicinal marijuana sales through licensed dispensaries, the County of San Diego has banned all marijuana sales in unincorporated, except for a location near Gillespie Field in El Cajon that was grandfathered in and another in Ramona that was in the pipeline when the ban was adopted.
In East County, no communities have legal recreational dispensaries to date, though La Mesa has licensed medical marijuana dispensaries now open. Consumers seeking cannabis products that meet state safety standards should avoid illegal dispensaries, where products may be tainted or adulterated.
County departments are addressing illegal marijuana dispensaries in Spring Valley and other unincorporated areas of San Diego County by enforcing building code requirements involving illegal or improper occupancy in conjunction with the administrative abatement process. The County has begun serving illegal dispensaries with 10-day notices, ordering property owners to remove tenants involved in the illegal sales of marijuana.
If the tenant is not removed and enforcement action is taken, the County will continue abatement proceedings and secure the property to ensure the building remains safe. Any person found inside the property after the County secures the building is subject to being arrested.
The public can report illegal operations by calling Crime Stoppers at (888) 580-8477 with information and you will remain anonymous. You may be eligible for up to a $1,000 reward for information leading to a felony arrest.

Very addictive and harmful in many ways to humans. In fact, it wasn't that long ago in history when alcohol was illegal. This was called Prohibition. Look it up. Next to be widely legalized - Psilocybin. AKA, Magic Mushroom.

Meth is a horrible drug, cocaine not so much so. The weed is mostly harmless to users, tax it like alcohol and tobacco and use some of the money to fund treatment for drug users. Take the money away from the drug cartels that commit horrible crimes to protect their smuggling routes.

The chemicals to make meth are supplied by China and other countries who want to disrupt out nation.

Meth, cocaine are both very bad drugs! Pot can be as well. It’s a gateway drug I know. Good thing they are cleaning up the area! The meth and coke come from Mexico. Also made in the US by the cartels. They need to get it under control.. Border security will be a big help in Spring Valley! I grew up there and it was bad then. Bravo to law enforcement!