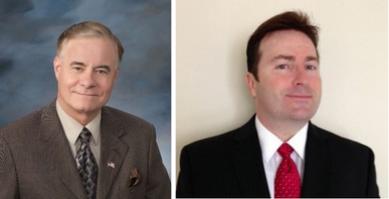 Jewelry store owner Leo Hamel, also a Republican, announced last week that he is dropping out of the race, though his announcement comes too late to keep his name off the ballot.  Registrar Michael Vu has informed ECM that there will be a “top two” run-off race in November even though there are only two names now on the June primary ballot.

Another prominent Republican contender, Michael Harrison, deputy Chief of Staff to Congressman Duncan Hunter, campaigned for months but decided to drop out shortly before the filing deadline to focus on his work in Washington.

Democrat Jerald Larkey had announced his intent to run, but was hospitalized for a medical issue and missed the filing deadline for signatures, leaving Democrats with no candidate in the race.

Bonnie Price with the East County Democratic Club said the top-two primary system discourages parties from running multiple candidates since this dilutes the vote. But relying on a single candidate in a primary raises the risk of having no one on the ballot if anything happens to the sole candidate from a party.

In the past, prior to the voter-approved top-two primary shift, every political party was entitled to hold its own primaries and be assured of having a candidate on the ballot.  The new system can result in voters having a choice of candidates from only a single party in the November general elections.

Price suggested the system should be changed to assure fairness for all political parties and voters across the political spectrum.