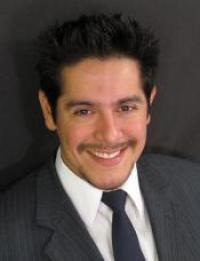 November 1, 2012 (San Diego)- Democrat R.J. Hernandez is running against Republican Brian Maienschein for the open seat in the 77th Assembly this November. The redrawn district includes 4S Ranch, Poway, Rancho Bernardo, Kearny Mesa, and Mira Mesa among other areas. View a map of the district. ECM asked both candidates for interviews; Maienschein did not respond. Below is our exclusive interview with Hernandez .

His focus is on job creation, budget reform and education.

As a small business owner, Hernandez says he understands financial reporting, creating budgets and structuring deals with multi-billion dollar financial impacts. “That’s what people say they need,” he says. “They want a person who has an understanding of financial reporting in the Assembly, who knows what it takes to create jobs and businesses. That’s what I’m bringing.”

Hernandez is “the classic California success story,” according to his website. He was the first in his family to attend college, graduating at the top tier and giving the commencement speech in his final year. He graduated with a B.A. in sociology with a minor in business management from the University of California, Riverside. He spent time at the University of Sussex at Brighton in Falmer, England, where he also focused on business management.

Hernandez then emerged as a small businessman who educated other small business owners and entrepreneurs on how to create, develop and sustain local enterprises. He has many years of experience of practical private sector job creation, is a master negotiator who negotiates millions of dollars in contracts which yielded employment for laborers, and is well-versed in contract, property and commercial law. He is also a certified peer educator (Baccus and Gamma) and a second-generation construction builder.

Affordability issues for higher education in an era of repeated state budget cuts from CSU and UC schools are at the forefront of people’s minds. “I know there have repeatedly been tuition hikes and salary increases at the same time,” he tells ECM. “I firmly believe we need to cut costs at the top level but we must protect student loan programs. The government needs to step in and help out.”

He shared an example to illustrate the need. “My fiancée, who is currently enrolled in nursing school, knows colleagues who have had to drop out of her program because they can’t afford it. So, we need to focus on the people that interface with the students, and on giving them an opportunity to apply for [financial] aid. When I went to university, my family’s middle-class income disqualified me for aid. The metric wasn’t right. Now people have to work and they can’t just go to school.”

As for energy issues and climate change, he sees a “need to invest in other forms of energy, both in the public and private sectors, allowing the private sector to come in and invest in innovations on their own.”

Hernandez thinks we need to allow businesses to grow and invest in the district. “We should secure the government’s position and secure opportunity, like right now in Space Ex, where they’re trying to vie with NASA,” he says. “We can do that with energy,” he adds. “Whatever you put out in the atmosphere will not magically go away. We need to look after each other; we shouldn’t put our own health at risk.”

He also wants to see more telecommuting. “A more eco-friendly corporate culture would be great, and I’d like to see that in California. We can give businesses tax incentives to get more cars off the road, and allow workers to spend more time with their families. I believe incremental changes are important; then we can work together (to make these quality-of-life achievements happen).”

When asked how supportive he is of the emerging green tech industries in San Diego County, he gave an enthusiastic response: “Very supportive! I love how San Diego has a website dedicated to green-tech,” Hernandez states. “We see so much in Northern California. These big technologies should be here. For example, CCA’s [Community Choice Aggregations] leverage economies to scale and keep them going. We should invest in solar technology, put solar panels in homes, businesses, etc. Then, we can create an independent mindset instead of depending on nuclear energy or other harmful sources. I’m not for nuclear energy; it’s hazardous. Maybe we can have skyscrapers even with solar panels someday on their windows. I’m very in favor of all these technologies. I want to see these businesses flourish.”

He adds, “The bottom line is that we need to foster markets for technologies, and at the same time, create San Diego as the energy innovative center of California. We can bring manufacturing here and create a pro business climate. I know my opponent is heavily funded by energy companies, special interests. I’m speaking to the people. We can create partnerships with energy companies and create long-term infrastructure. I’m confident we can do this. And we can educate people on these technologies, so as businesses grow, we have the workforce to hire.”

There’s a push to put many industrial scale wind energy and solar energy facilities in San Diego County. “In the 71st district, for example, I know more people are against putting in wind turbines in vast, natural open areas,” Hernandez states. “When I see large wind turbines, I think they look odd and they don’t fit but I understand the important alternative energy contribution they provide. I’m more for local energy recollection, utilizing existing infrastructure or valuable real estate. We can house buildings more effectively while still preserving open space. This district and the 71st district have great space we need to preserve. We can conserve that space through collaborative acts with local planning and environmental groups so that everyone in the community has a say.”

Asked his views on changes in gun carry laws, he tells ECM, “I’ve been asked that by many…To me, the bottom line is protecting individual rights. We come up with ideas that both sides agree on, like tracking ammunition. If it [a gun] is used in a murder or other crime, the person who purchased it is on the hook.”

He pledges transparency and setting an example of fiscal responsibility. “If elected, I’m cutting my salary and using the extra revenue to open an online voting system so I can help generate new ideas and solutions to such issues.  A key part of my work is including the public in public policy. We need to create transparency and accountability.  To me, the concern is educating people and empowering them to participate in their state government.”

Hernandez has lived in the district since 2008. “I’ve lived all over Southern California,” he notes. “My fiancée was raised in the district. I moved from University City to Rancho Penasquitos and then to 4S Ranch, where we plan to begin our married life and hope to raise a family.”

He is a strong supporter of education. “The bottom line is protecting funding of education and education resources, and maximizing these resources to maximize every dollar put in education and lower class sizes,” says Hernandez. “We can also facilitate education by cross training staff, utilizing technology so students can learn at their own pace and asking schools to hold events when school’s not in session. Charter schools can work with the school district, so they can make best use of all new technologies. I also believe protecting the arts is important.”

On public safety, he says, “Funding the police is important, so they have a good response time and utilize resources in the best capacity…We can fight crime and serve the public effectively. I believe in getting the police more involved in the community by having them at events and hosting open houses or district office hours at local police sub-divisions or stations.”

For fire prevention and wildfire protection, he has this to say. “We need to police dispensable waste. We can assist people to replace old roofs with the more fireproof variety. That helps in both saving a home as well as the life and health of our firefighters. Fire resources should be fully funded; they weren’t in 2003 or 2007. I believe in fostering an open, safe community and working with local patrols, utilizing volunteer effort and giving them the credit they deserve. We can beat potential fires before they encroach on our front yards and burn houses down. I’d love it if we can be the area that sets the model for aiding in fire protection.”

Hernandez also believe in protecting open space. “We can mitigate our negative environmental impact, such as pollution and carbon footprints, and be smarter and incentivize companies. We can also streamline regulation, facilitate technologies that are better for the environment, and create markets for businesses to come here and thrive.  We can facilitate a greener, cleaner environment that benefits us both health and nature wise. That’s how we can create businesses as well as a better quality of life in our neighborhoods and communities. We can educate the next generation to follow our lead.”

His ideas for fostering economic growth are as follows. “We need to streamline regulation, the permit process and procedural aspects, and make sure businesses are in compliance with the law. We can facilitate businesses so they will want to come to California and create jobs. Long-term system revenue is important. I’m big on building from the foundation up, like what I’m doing now in construction.  The soil is the economic climate, and it’s not solid.”

He views rebuilding the middle class as key to restoring prosperity in California. “We need to invest in the middle class. My primary job is to focus on the middle class and create jobs. We need something that’s predictable. There are many ways to [grow] revenue besides taxation. Lower wage and middle class residents have to spend to survive. We can put them in a position where they’ll spend more while also allowing them to save more.”

He adds that he plans to ”focus on business investment, utilized shared resources between companies in different cities…which will foster competition. We can move California and America forward, and it comes down to innovation and investment. We need immediate solutions, so San Diego companies can survive.”

He wants the readers to know that “there have been a whole lot of people I’ve talked to from all walks of life, Together, we can come up with different ideas to solve the problems we face. I’m politically moderate. I give my opponent credit for the open space in San Pasqual, but this district needs a real champion for its needs that will be there everyday working on the challenges we must overcome. I’m running because I believe progress is possible and our region can have the bright future it deserves. People need to know and understand their options; I hope once they do that I earn their vote,” Hernandez concludes.