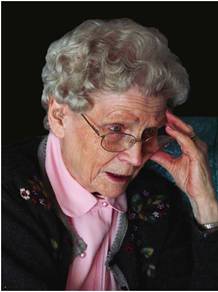 May 3, 2017  (Washington D.C.) -- AARP Chief Advocacy & Engagement Officer Nancy A. LeaMond sent the following letter today to all members of the U.S. House of Representatives in response to the Upton Amendment to the health care bill, urging them to vote NO on the bill.

Here is the letter in full:

Older Americans care deeply about access to and affordability of health care.  With the introduction of the Upton Amendment, we once again write to share our opposition to the American Health Care Act (AHCA) and urge you to vote NO.  Changes under consideration that would allow states to waive important consumer protections -- allowing insurance companies to once again charge Americans with pre-existing conditions more because they've had cancer, diabetes or heart disease -- would make a bad bill even worse.  This would be devastating for the 25 million Americans 50-64 who have a deniable pre-existing condition.  The Upton amendment will do little to reduce the massive premium increases for those with pre-existing conditions.

Throughout consideration of the AHCA, we have been expressing serious concerns about the impact that this legislation will have on older Americans.  The Congressional Budget Office (CBO)'s last estimate further demonstrates the harmful impact of this bill on older Americans and some of our most vulnerable.

Specifically, the American Health Care Act will weaken the fiscal sustainability of Medicare; dramatically increase premium and out-of-pocket costs for 50-64 year olds purchasing coverage on the individual insurance market; allow insurance companies to once again discriminate against those with pre-existing conditions; substantially increase the number of Americans without insurance; and put at risk millions of children and adults with disabilities and poor seniors who depend on the Medicaid program to access long-term services and supports and other benefits.

Our members and others 50 years of age and older care deeply about health care and want to know where their elected leaders stand. Recognizing the importance of the upcoming vote on the American Health Care Act, AARP intends to inform our members, and others over age 50, how their elected officials voted.  We'll communicate the results of the vote in our widely-circulated publications, in e-mail alerts, in our online channels, and through the media. Again, we urge all Representatives to vote NO on the American Health Care Act in its current form.

The American Health Care Act repeals provisions in current law that have strengthened Medicare's fiscal outlook, specifically, the repeal of the additional 0.9 percent payroll tax on higher-income workers.  Repealing this provision would remove billions from the Hospital Insurance trust fund, hasten the insolvency of Medicare, and diminish Medicare's ability to pay for services in the future.1

Currently, about 25 million Americans age 50-64 have a pre-existing condition, about 6.1 million purchase insurance in the non-group market, and nearly 3.2 million are currently eligible to receive subsidies for health insurance coverage through either the federal health benefits exchange or a state-based exchange (exchange).  Since passage of the ACA, the number of 50-64-year-old Americans who are uninsured has dropped by half. We are deeply concerned that the AHCA would be a significant step backwards and result in millions of older Americans who cannot afford their health care, including many simply losing their health care.  Based on CBO estimates, approximately 14 million Americans will lose coverage next year, while a total of 24 million Americans would lose coverage over the next 10 years.

Affordability of both premiums and cost-sharing is critical to older Americans and their ability to obtain and access health care.  A typical 50-64-year-old seeking coverage through an exchange has a median annual income of under $25,000 and already pays significant out-of-pocket costs for health care. We have serious concerns – reinforced by the CBO estimate -- that the bill under consideration will dramatically increase health care costs for 50-64 year olds who purchase health care through an exchange due both to the changes in age rating from 3:1 (already a compromise that requires uninsured older Americans to pay three times more than younger individuals) to 5:1 (or more) and reductions in current tax credits for older Americans.  CBO concluded that the bill will substantially raise premiums for older people and force many into lower quality plans.

Age rating plus reduced tax credits equal an unaffordable age tax.  Our previous estimates on the age-rating change showed that premiums for current coverage could increase by up to $3,200 for a 64-year-old. In addition, the bill reduced the tax credits available for older Americans to help purchase insurance. We estimate that the bill's changes to current law's tax credits alone could increase premium costs by more than $5,800 for a 64-year old earning $15,000.  Overall, both the bill's tax credit changes and 5:1 age rating would result in skyrocketing cost increases for older Americans.  In their analysis, CBO found that a 64-year-old earning $26,500 a year would see their premiums increase by $12,900 -- 758 percent -- from $1,700 to $14,600 a year.

Medicaid and Long-Term Services and Supports

AARP opposes the provisions of the American Health Care Act that create a per capita cap financing structure in the Medicaid program.  We are concerned that these provisions could endanger the health, safety, and care of millions of individuals who depend on the essential services provided through Medicaid.  CBO found that the bill would cut Medicaid funding by $880 billion over 2017-2026, about 25 percent less than what it projects under current law.  Medicaid is a vital safety net and intergenerational lifeline for millions of individuals, including over 17.4 million low-income seniors and children and adults with disabilities who rely on the program for critical health care and long-term services and supports (LTSS, i.e., assistance with daily activities such as eating, bathing, dressing, managing medications, and transportation).  Older adults and people with disabilities now account for over sixty percent of Medicaid spending, and cuts of this magnitude will result in loss of benefits and services for this vulnerable population.

Of these 17.4 million individuals: 6.9 million are ages 65 and older (which equals more than 1 in every 7 elderly Medicare beneficiaries)3; 10.5 million are children and adults living with disabilities; and about 10.8 million are so poor or have a disability that they qualify for both Medicare and Medicaid (dual eligibles).4 Dual eligibles account for almost 33 percent of Medicaid spending.  While they comprise a relatively small percentage of enrollees, they account for a disproportionate share of total Medicare and Medicaid spending.

Individuals with disabilities of all ages and older adults rely on critical Medicaid services, including home and community-based services (HCBS) for assistance with daily activities such as eating, bathing, dressing, and home modifications; nursing home care; and other benefits such as hearing aids and eyeglasses.5

In providing a fixed amount of federal funding per person, this approach to financing would likely result in overwhelming cost shifts to states, state taxpayers, and families unable to shoulder the costs of care without sufficient federal support.  This would result in cuts to program eligibility, services, or both – ultimately harming some of our nation's most vulnerable citizens.

The bill also repeals the six percent enhanced federal Medicaid match for states that take up the Community First Choice (CFC) Option.  CFC provides states with a financial incentive to offer HCBS to help older adults and people with disabilities live in their homes and communities where they want to be.  About 90 percent of older adults want to remain in their own homes and communities for if possible.6 HCBS are also cost effective.  On average, in Medicaid, the cost of HCBS per person is one-third the cost of institutional care.7 Taking away the enhanced match could disrupt services for older adults and people with disabilities in the states that are already providing services under CFC and would result in a loss of about $12 billion for HCBS over ten years.

The AHCA would repeal the fee on manufacturers and importers of branded prescription drugs, which currently is projected to add $24.8 billion to the Medicare Part B trust fund between 2017 and 2026. Rather than repeal this fee for Medicare, AARP believes Congress must do more to reduce the burden of high prescription drug costs on consumers and taxpayers, and we urge action on bipartisan solutions.

AARP remains willing to work with you to ensure that we maintain a strong health care system that ensures robust insurance market protections, controls costs, improves quality, and provides affordable coverage to all Americans.  However, the AHCA does not accomplish these goals, and we continue urge you to vote NO. If you have any questions, please feel free to contact me, or have your staff contact Joyce A. Rogers, Senior Vice President, Government Affairs at (202) 434-3750.

AARP is the nation's largest nonprofit, nonpartisan organization dedicated to empowering Americans 50 and older to choose how they live as they age. With nearly 38 million members and offices in every state, the District of Columbia, Puerto Rico, and the U.S. Virgin Islands, AARP works to strengthen communities and advocate for what matters most to families with a focus on health security, financial stability and personal fulfillment. AARP also works for individuals in the marketplace by sparking new solutions and allowing carefully chosen, high-quality products and services to carry the AARP name.  As a trusted source for news and information, AARP produces the world's largest circulation publications, AARP The Magazine and AARP Bulletin. To learn more, visit www.aarp.org or follow @AARP and @AARPadvocates on social media.

1 Brookings Institute, "Paying for an ACA Replacement Becomes Near Impossible if the Law's Tax Increases are Repealed." December 19, 2016. Available at: https://www.brookings.edu/blog/up-front/2016/12/19/paying-for-an-aca-replacement-becomes-near-impossible-if-the-laws-tax-increases-are-repealed

3 Kaiser Commission on Medicaid and the Uninsured, Kaiser Family Foundation, "Medicaid at 50", May 2015, 13. Available at: http://files.kff.org/attachment/report-medicaid-at-50

5 Kaiser Commission on Medicaid and the Uninsured, Kaiser Family Foundation, "Medicaid at 50", May 2015, 13. Available at: http://files.kff.org/attachment/report-medicaid-at-50. Not all 17.4 million people receive LTSS.

aarp is a fraud , united heathcare, an insurance company is aarp. like most of the sources used here they are far left and not acting in the interests of the People

I've never heard anything about AARP, the most respected organization representing seniors, being owned by an insurance company and doubt seriously if that's true.

You may be confused because like many organizations they do offer an insurance plan for their members and it's a good one; my Mom is on it and years ago when Dad was ailing a nurse whispered to us to get him off the plan he was on that was terrible and onto AARP, whch was very good supplemental insurance for those on Medicare.  It took care of his last weeks in a nursing home with Alzheimer's.

There is nothing "far left" about educating the people on what is or is not covered by a healthcare plan, and who would be helped or hurt by any proposal.

Incidentally,  I asked my own doctor this week what he thinks the solution to healthcare should be.  Without hesitation, he said the GOP plan is terrible and that we need universal healthcare for all.

My daughter works in a healthcare field and says every medical expert she works with at one of the nation's most prominent hospitals says the Trumpcare plan is absolutely terrible.

Go ask your doctor what he or she thinks about the Trumpcare plan,  as well as about Obamacare, and what better solutions than either of these options they believe are needed.

Any plan that boots 24 million people off of healthcare completely, while weaking coverage for many more,  should be cause for concern.  How is that a good thing? Who benefits, other than insurance companies? I have yet to see any explanation of how this plan helps anybody.