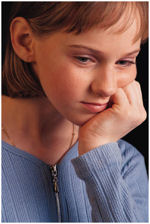 April 16, 2012 (San Diego’s East County)--Sexual Slavery - trafficking of 12 year olds .- Cambodia - Thailand?  NO!  This travesty is taking place in San Diego - El Cajon  - Lemon Grove! CNN estimates that from 100,000 to 300,000 children are being prostituted on the streets of the US. It is the girl next door we are talking about. We realize it won't stop until responsible citizens become educated on how to recognize it and what must be done to stop it.

To that end the La Mesa-El Cajon Branch and the San Diego Branch of American Association of University Women are co-sponsoring an all day (8:30 a.m. - 4 p.m.) conference for the general public on April 28.  It will be held at the San Diego County Office of Education, 6401 Linda Vista Road, San Diego.  Experts in the fields of education, law enforcement and treatment of sexual slavery victims will serve on panels and present data that will help us become part of the solution to this problem.  The film "Indoctrinated", a film describing how girls become indoctrinated into becoming prostituted children, will be shown. Members of the film will also be part of a panel.