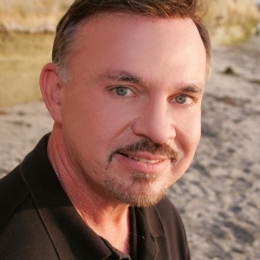 October 11, 2019 (Rancho San Diego) -- A 65-year-old man accused of murdering his husband, Dr. Blake Synowski, will be facing an El Cajon Superior Court judge on Friday to determine whether he will be granted bail.

Thomas Wayne Zupner pleaded “not guilty” to one charge of murdering Synowski, a popular East County dentist, after he was arrested on Sept. 17 by the San Diego County Sheriff Department at the couple’s home in Rancho San Diego.

A call went out to the Sheriff Department at 10:15 p.m. on September 17, when San Miguel Fire & Rescue responded to a report of a man not breathing at a home on Explorer Road, off Avocado Blvd. The deputies started life-saving measures before paramedics arrived, but Synowski died shortly before 11 p.m. Zupner was questioned and then arrested.

The San Diego Union-Tribune reports that an individual identified as a friend of the couple since 2017 was shocked.  “He was polite and pleasant and soft spoken,” the friend said of the victim.

Synowski was known as a “car nut” who had several cars as well as “lots of pets,” including a dog that the couple had recently rescued. “They seemed happily married,” the friend said. “This is so baffling.”

Synowski had been a periodontist since 1989 and had an office near downtown El Cajon.

Zupner, who is presently being housed at the George Bailey Detention Facility in Otay Mesa, is being represented by San Diego criminal defense attorney, Paul Pfingst.

The District Attorney prosecuting the case, Meredith Pro, and Pfingst have been tight-lipped thus far on providing details surrounding the case.