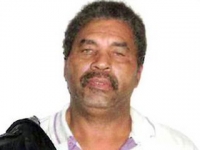 January 8, 2013 (San Diego)—Samuel McDowell, 72, has been charged with the murder of three women in Los Angeles. But authorities reveal he has lived in 24 states and has a long history of violence—including vicious assaults on women here in San Diego back in the 1980s.  He lived in San Diego in the ‘80s and in El Centro in the ‘90s and early 2000s.

He was convicted of assault locally, including strangling a prostitute and throwing another woman out of his car on Highway 94 after sexually assaulting her. Yet he was soon back on the streets after serving brief time behind bars. Prior to that time he was acquitted of attempted murder in Florida and suspected of murder and attempted murder in Mississippi.

Extradited to Los Angeles from Kentucky on drug charges, his DNA was found to be a match to DNA found at the scene of three Los Angeles area murders in the late ‘80s.

"We believe he is good for many more crimes -- including murders -- throughout the United States," Los Angeles Police Detective Mitzi Roberts said. Police departments are advised to check any unsolved killings, rapes or assaults against McDowell's DNA.