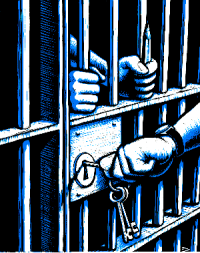 The D.A. seeks to use a provision in state law to charge purported gang members in conspiracy related to nine murders by Lincoln Park gang members in 2013. These include rapper Tiny Doo, whose real name is Brandon Duncan, and Aaron Harvey, a former college football player. They are not charged with murder, and they have no criminal records.  The D.A. has charged them with “conspiracy” based on Facebook Posts, according to stories reported in Voice of San Diego, CityBeat and other media.

Some of those being prosecuted contend they are not gang members, and are being targeted merely for associating with people in their neighborhoods.  The D.A. may well have strong circumstantial evidence pointing to gang membership – such as photos flashing gang symbols posted on Facebook.  But gang membership itself is not a crime. It effectively will be, however  if the D.A. has her way.

The D.A. is seeking creative ways to halt gang violence across the region.  But critics including the American Civil Liberties Union contend that it is unfair to assume guilt by association.

The American Civil Liberties Union calls this “prosecutors gone wild.”  It has asked the court to dismiss the case against Brandon Duncan.  An article by David Loy on the ACLU  San Diego and Imperial Counties website contends that “the San Diego DA’s office is betraying the Constitution, the community, and the interests of justice.”

The ACLU contends that the D.A. is violating First Amendment constitutional free speech rights by targeting content of rap music, including a song about shootings, or photos with gang members and gang signs on Facebook.

Moreover, the D.A.’s office tried to block the ACLU’s right to file a brief as amicus curiae, or friend of the court.

Some local media outlets are blasting Dumanis, too.

A CityBeat editorial headlined “Bonnie Dumanis’ attack on freedom” lambasts the D.A. as “out of control” and further, noting that the two high-profile defendants targeted are African-American, concludes that the D.A.’s office “should try to avoid providing clear examples of the kind of harassment that African-Americans across the country have been prosecuting.”

The D.A. is relying on Penal  Code section 182.5 to prosecute 15 San Diego men.  It appears to be the first time that the statute has been used in this way to charge gang members under what amounts to guilt by association.  The law was part of Prop 21, passed by voters to crackdown on crime, though there are now efforts reportedly underway to repeal Prop 21.

Voice of San Diego’s Sara Libby wrote an article titled “Guilt by Association: Facebook Pics Could Help Send a Young Man to Prison For Life” about the Harvey case.

Robert Weisberg, a Stanford Law School professor and co-director of the Stanford Criminal Justice Center,  calls this “as draconian a conspiracy law as you’ll see anywhere in the United States,” though he contends it’s constitutional, similar to RICO laws used federally to prosecute organized crime rings.

The ACLU maintains that  the prosecutions may well violate the U.S. constitution and further, that the D.A.’s effort to argue that the defendants benefited off murders merely by being members of a gang  that gains credibility on the streets is too big a stretch.

The D.A.’s office has issued a statement on the controversy. “In spite of media reports to the contrary, this case is not about being punished for rapping, freedom of speech or the First Amendment. It’s about using the law to prosecute a small number of the most active gang members who are responsible for the onslaught of killings and shootings that terrorized San Diego neighborhoods for months.”

There have been past efforts to prosecute Harvey and Duncan. Harvey beat a drug possession charge and was found not guilty. Duncan was once caught on a federal wire tap talking about how to prostitute women, the UT reports, but the matter was not prosecuted due to a jurisdictional issue.

Dan Greisen heads up the D.A.’s gang prosecution unit.  According to Voice of San Diego, Greisen says Harvey was displaying gang sings for the Lincoln Park Bloods and posed with numerous known gang members throwing signs up for Crip Killer and Lynch Mob, subsets of the gang.

“It’s not a guessing game. They’ve made it as obvious as they possibly could,” Greisen states.  She contends that defendants’ claims that they’ve never been a  gang member is not true. “You look at the evidence and it’s not a close call.”

But even if gang membership could be proven, should that be enough reason to lock up present or past gang members for decades, possibly even for life?  Prosecutors may well have grounds for criminal charges, but should the sentences be as long as it would be for those who actually pulled the triggers at the shooting scenes?

How far could guilt by association go?  If an author writes a book about gang life, or a reformed gang member urges teens not to join gangs, could they be prosecuted, too?

Both Harvey and Duncan are currently out on bail, awaiting trial.

Harvey had moved to Las Vegas and was studying to become a realtor when he was arrested.  He has said that growing up, he was stopped over 50 times by San Diego Police, often handcuffed, then released without being charged.  He went to college on a football scholarship until a shoulder injury sidelined him. Now, he says, he wants to go to law school—if he can beat the rap.