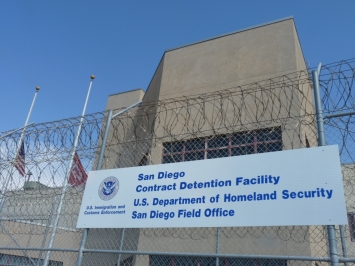 "Our plaintiffs’ release from custody is a victory for them and their families,” said Monika Y. Langarica, immigrants’ rights staff attorney with the ACLU Foundation of San Diego & Imperial Counties. "We urge ICE to continue reducing its population of detained people in accordance with public health experts’ recommendations during this pandemic. ICE detention should never be a death sentence.”

Because of their acute medical conditions — including leukemia, lung disease and HIV infection — the plaintiffs were at increased health risk in these detention centers, where as many as 60-100 people share close living quarters. Detainees sleep in bunk beds only a few feet apart and share common areas, such as eating tables, showers, toilets and sinks.

The Otay Mesa Detention Center recently emerged as the immigrant detention facility with the most confirmed cases of COVID-19 nationwide. As of April 12, 16 cases had been confirmed, including 12 immigrants and 4 individuals facing criminal charges.

Over the weekend, the San Diego Sheriff cited protesters who held a “noise” protest in their vehicles, honking horns outside the facility and calling for release of immigrant detainees due to COVID-19 risk.

"We are thrilled to learn that our clients have been released and will be able to practice social distancing and other safety measures,” said Eunice Cho, senior staff attorney at the ACLU Foundation National Prison Project. “For our clients — in this suit and in similar suits the ACLU has filed around the country — a COVID-19 infection is a death sentence. Public health experts have been clear that immigrant detention centers present a public health risk to the people in detention and the communities that surround them. Many more people must be released to mitigate that risk and truly flatten the curve."