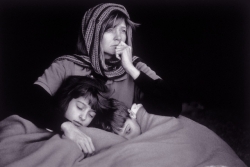 December 5, 2009 (San Diego)--SAN DIEGO – In a series of aggressive raids in September and October, city workers escorted by police seized and summarily destroyed the possessions of homeless men and women. In a lawsuit filed December 2nd, the Dreher Law Firm and the ACLU of San Diego & Imperial Counties call for a permanent injunction stopping the city from repeating “unlawful, unconstitutional policies and practices.” The suit alleges that no legitimate, lawful or moral basis exists for the wholesale destruction of people’s property.

“The City knew these personal items were not trash—they were clearly the entirety of each of these person’s possessions, and included treasured family photographs and mementos, prescription medication, and blankets to keep warm.” said Scott Dreher of the Dreher Law Firm. “The city’s actions are unconscionable.”

The ACLU asserts that on at least three occasions in September and October, police officers and environmental services workers watched as homeless men and women temporarily stored their possessions in front of a fenced-off vacant lot and then walked inside God’s Extended Hand, a small East Village church, or the Neil Good Day Center, a facility that provides showers, laundry, and information and referral services for the homeless. City workers and police officers then immediately descended on the people’s possessions, tossing everything—including church-owned shopping carts—into an attending garbage truck and compactor, crushing everything. As word spread and some of the owners came running out of church begging to be allowed to retrieve their items, they were told by the police that it was too late—“This is City property now.” When one plaintiff asked what he was supposed to do now, an officer told him he could “head for the Arizona border.”

“These raids have nothing to do with cleaning up trash,” said David Blair-Loy, legal director of the ACLU of San Diego & Imperial Counties. “This is purely and simply a drive to force homeless people out—out of the neighborhood, out of the city, and out of sight and mind.”

The suit, which also seeks an order certifying a class of all owners of personal property lawfully possessed by homeless persons in San Diego that has been or will be taken and/or destroyed by the City, claims that the City of San Diego has established policies and practices that discriminate against homeless individuals and violate their constitutional rights, including freedom from unreasonable search and seizure, to due process, and to equal protection under the law.

The San Diego Regional Task Force on Homelessness conducted a census of homeless people in January 2008 and counted a total of 7,582 in the region. Of this total, 3,856 were unsheltered and sleeping in the streets, and an additional 1,009 were housed in emergency or seasonal shelters. More than half of the total lived in the City of San Diego. Emergency and transitional facilities do not accommodate the population’s need even for temporary overnight housing, and even those who do have shelter space must leave during the day with their possessions. San Diego CityBeat reports that a spokesperson for the city’s Environmental Services Department said that his department handled 27 similar “abatements” but this was the first to generate complaints.

The San Diego Sheriff’s deputies have conducted similar raids on homeless camps in East County, most recently in Lakeside, as ECM has reported: http://www.eastcountymagazine.org/node/2290. San Diego law enforcement has lost legal challenges in the past over its aggressive tactics involving the homeless.

The face of homeless in America is changing, with an increasing number of people left homeless due to foreclosures, job loss and depletion of savings due to the weak economy and the financial meltdown. According to a fact sheet ( http://www.nationalhomeless.org/factsheets/who.html _ published by the National Coalition for the Homeless, 40% of homeless men are veterans. A startling 39% of homeless people in America are children under 18. One-quarter (25%) of homeless women are domestic abuse victims, and families are the fastest growing segment of the homeless population.