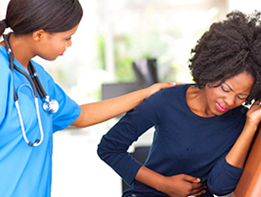 While the ACLU has fought for First amendment freedoms including religion, it has also fought to assure that religious exemptions to laws do not harm others.   Trinity’s chain of hospitals is causing harm to women, putting lives and health at risk due to religious views, the suit makes clear.

The case is filed in Michigan but could have broad-ranging implications for other religious hospitals and medical institutions across the nation.

The ACLU’s suit contends that Trinity is violating the federal Emergency Medical Treatment and Active Labor Act (EMTALA) and the Rehabilitation Act.

EMTALA requires that any hospital that receives Medicare funds and operates an emergency department must stabilize a person in an emergency medical condition to assure that their condition does not deteriorate.  The Rehabilitation Act considers some pregnancy complications to be disabilities; the Act prohibits federally funded programs from denying benefits or discriminating against anyone based on her disability.

For some women, termination of pregnancy may be needed to stabilize a patient, such as when significant blood loss or serious infection has occurred, or when underlying heart or kidney disease causes her to experience an emergency medical condition that threatens her life.  A serious infection left untreated could also leave a woman sterile, to cite one of many examples in which permanent damage to a woman's health could occurr if a pregnancy is not terminated in certain circumstances.

The hospitals do provide induction of labor as well as dilation and curettage under other circumstances, but not when it will result in termination of a pregnancy anytime after conception, a policy the ACLU holds is discriminatory against pregnancy women suffering severe and disabling complications.  As a result of the  hospitals’ religious views, the ACLU concludes, “these women did not receive emergency care that they were otherwise qualified to obtain, solely by reason of their disabilities, and suffered harm as a result.”

The ACLU seeks a permanent injunction to prohibit the hospital chain from withholding emergency abortion care from pregnant women suffering emergencies that put their lives or health at risk.  The suit would force defendants to provide stabilizing treatment including pregnancy termination if such treatment is the standard of care for those with emergency medical conditions. It would also require that women patients  suffering pregnancy-related disabilities be provided full access to both information and services including pregnancy termination.

A win by the ACLU would not mean that Catholic doctors would be forced to perform abortions, but would mean that Catholic hospitals providing emergency services and accepting federal funds would have to make accommodations to have some providers on staff who would provide information and emergency medical services including abortion where needed to save a woman's life or protect her health.

are anti-female and it's killing women. It's in the bible -- and people take the bible literally. Thanks to ACLU for fighting it and it's too bad they have to do it in this country which forever promotes itself as a "human rights" champion. --hah