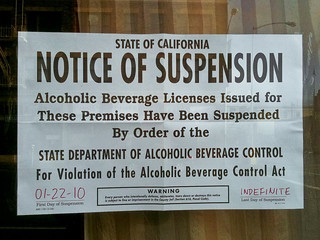 By David R. Shorey
East County Program Manager, Institute for Public Strategies
Photos: Creative Commons
January 9, 2020 (San Diego’s East County) -- If you are looking for an alcoholic drink in East County, you’re in luck. It doesn’t matter if it’s a local watering hole where you can belly up to a bar and wet your whistle, or a retailer, where you can grab a bottle and take it home. The East County has plenty of options.
Perhaps too many.
I recently reviewed a map of liquor licenses in East County census tracts and found severe over concentration of alcohol sellers, especially in La Mesa, Lemon Grove and the area in El Cajon adjacent to Gillespie Field. 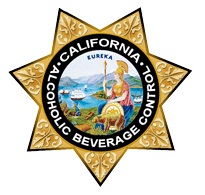 I didn’t make this determination based on my personal opinion, but based on the California state law as detailed in a recent report by California’s alcohol sales regulatory authority, the Department of Alcoholic Beverage Control (ABC).
The ABC, which is celebrating its 65th anniversary, is authorized to issue licenses based on population in each of the state’s census tracts. On-sale licenses are issued to establishments that want to sell drinks to customers in a bar or restaurant setting, while off-sale licenses are for retailers where the customer takes the product off the premises for consumption.
In his introductory letter to the report, ABC Director Jacob Appelsmith said he is proud of his department’s “contribution to the vibrancy of California’s culture and economy.” Unfortunately, when diving down into the numbers, they show an agency whose approval process for alcohol licenses results in density and not necessarily vibrancy. California’s culture and economy could be at risk because of it. 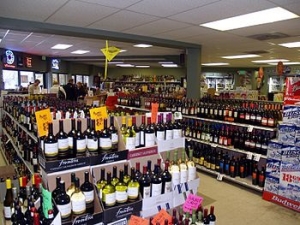 Overconcentration
Photo: Example of an off-sale alcohol license retailer
One census tract in Lemon Grove has 800% more off-sale licenses than state law allows and 525% more on-sale licenses than authorized. In a census tract in La Mesa, the percentages of overconcentration are 800% and 650% respectively. The numbers for the El Cajon census tract are 700% and 675% overconcentration.
That means there are way more liquor licenses than what the areas are approved for. So, how does this happen? The answer depends on whom you ask. According to the state’s Business and Professions Code (BP 23049), the ABC “will ensure a strict, honest, impartial, and uniform administration and enforcement of the liquor laws throughout the state.”
However, the code provides an exemption called Public Convenience or Necessity (PCN). Under this, the ABC may approve the issuance of an alcohol license if they or a local government makes the determination that public convenience or necessity is served by the issuance of a license.
The problem is that there appears to be no criteria to define what public convenience or necessity is. Both the ABC and local governments are free to determine however they wish and the arguments for the PCN come directly from the alcohol license applicants themselves.
No one is taking responsibility for the harm overconcentration can cause.
The ABC looks at the request for a liquor license and if there is no push back from local government, they will assume it is wanted, and approve it – even if the request puts a census track well above established limits. 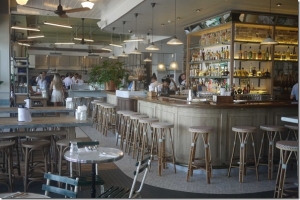 Good Business Makes for Good Communities
The finger pointing shouldn’t be limited to the ABC and local government though. Businesses need to be good community members as well. Overconcentration increases the need for competition among retailers, which leads to enticing over drinking and sales to underage patrons.
Drinking promotions like happy hours, drink specials and drinking games (beer pong) become more prevalent for bars and single serve cans, high-percentage alcoholic beverages, and small airplane bottles become a big push for liquor stores. The focus of retailers is aimed at quantity of alcohol sold instead of the quality of life of communities and individuals affected by the alcohol sales.
Crime tends to increase in overconcentration areas. These include folks drunk in public, physical fights, DUIs, and sexual assaults. These preventable arrests and calls for service drain law enforcement resources. Additionally, overconcentration and an emphasis on the quantity of alcohol sales have the potential to impact the physical and emotional health of communities with increased instances of disease and decreased social engagement.

More education of laws and more compliance checks can solve the problems caused by alcoholic beverage business owners who don’t know the laws as well as the owners who know the laws but try to get away with non-compliance. IPS works with communities in East County to do surveys and sites assessments to determine what retailers are in compliance with their ABC requirements.
We also work with business owners to identify how they can utilize physical changes to their property that reduce the opportunities for criminal behavior in and around their establishment. IPS also works with local law enforcement on “shoulder tap” operations (minors asking adults to buy alcohol for them) and decoy operations to identify how alcohol is getting into the hands of those underage.
There needs to be a system that helps license holders stay in compliance by making it easier, not harder. That’s easy to say, but harder to do. The ABC is understaffed and over worked. Investigators are stretched to the limit on what they are able to accomplish.
ABC Resources Outdated
The ABC, until recently, had the same number of personnel on the payroll as it did in the 1950s, yet there are twice as many licenses in California, according to Director Appelsmith. Plus, not all personnel are focused on enforcement. They have other duties as well.
Given their limited resources, ABC has become a culture of reacting to complaints, rather than proactively patrolling establishments. Not only that, in most cases, there has to be several complaints filed before the ABC will investigate to promote compliance and deter potential violators.
Filing a complaint with the ABC is not easy. The complaint form has to be downloaded first, filled out by hand, and then sent by U.S. mail to Sacramento headquarters. There is a way to file a complaint by email, but only if you request it. The ABC needs to join the 21st century and provide an easy and convenient way to file complaints.
The ABC’s Penalty Policy Guidelines say, in part, “The California constitution authorizes the department, in its discretion, to suspend or revoke any license to sell alcoholic beverages if it shall determine for good cause that the continuance of such license would be contrary to the public welfare or morals. The department may use a range of progressive and proportional penalties…from letters of warning to revocation.”
Photo: David R. Shorey (Credit: IPS) 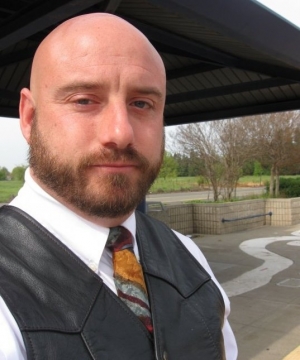 The Time for Reform Is Now
Full reform of the ABC is needed. The agency should not be complaint driven. It should be proactive to ensure businesses are in compliance for the purpose of public safety and health. There should be adequate funding for the ABC. There should be a review of the state laws that pertain to how the ABC does its work.
The ABC benefits from more licenses, not fewer. Unless this system is changed, there is no incentive for the ABC to take on the issue of overconcentration. The way that ABC receives funding needs to be completely separate of any fees and/or fines it collects so that it can be an agency free of outside influence.
The ABC isn’t completely inept. A recent proactive effort focused on brewpubs who tried to skirt the rules about having to brew beer on the premises in order to serve beer to the public. These Type 75 license establishments were brewing to such quantity and quality as to question the brew portion of their brewpub status.
Additionally, some weren’t even selling the beer they were brewing. The only reason the pubs were brewing was so they could sell other brands of beer and remain open. Dozens of Type 75 brew pubs lost their licenses under this enforcement effort.
The ABC needs the resources to live up to its mission “to provide the highest level of service and public safety to the people of the state through licensing, education, and enforcement.”
Contact the ABC
In addition to local government, the ABC and business owners, East County residents can also do their part in combating overconcentration of alcohol in their neighborhoods.
A complaint form against a licensee can be found on the ABC website. You can contact the ABC by phone at (916) 419-2500 or email at headquarters@abc.ca.gov.
Local governments can take a leadership role in addressing the systemic problems with how licenses are approved. By setting clear processes for their approval and by having defined guidelines on when to utilize the PCN, local government will help create an environment that is friendly for both businesses and patrons and will go a long way to ensure a safe, happy and healthy California.