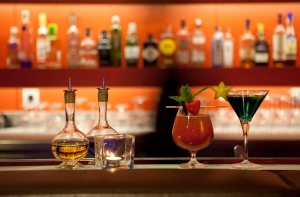 By David R. Shorey, East County program manager, Institute for Public Strategies
Photo via Creative Commons
May 5, 2019 (San Diego’s East County) -- East County residents enjoy a great deal of peace and quiet, where it isn’t uncommon for folks to be up and on the roads in the predawn hours heading to work--to farms and livestock, others into the city. Most of the time traffic isn’t an issue and travel is uneventful. This could change with a new bill being considered that would extend the hours of bars and clubs two hours, for a closing time of 4 a.m.
Some argue that extending bar hours would contribute to the success of late-night businesses. A bill making its way through the state Legislature that would allow bars to stay open until 4 a.m. in 10 California cities attempts to point this out. The reality is, extending bar hours will increase more alcohol related accidents and deaths and will cause a significant drain on first responder resources in the early morning hours. The costs will outweigh the benefits by far.
The bill known as SB 58 is State Senator Scott Wiener’s third attempt at getting his idea implemented. Wiener’s first attempt died in committee because of the opposition to his idea. His second attempt made it to then-Gov. Jerry Brown’s desk.
Gov. Brown vetoed the bill. "I believe we have enough mischief from midnight to 2 without adding two more hours of mayhem," he said in his letter to the Legislature.
But Brown didn’t make this decision all on his own. The California Highway Patrol, one of the country’s leading experts on the impact of alcohol on driving, is on record opposing this bad idea.
Under SB 58, bars in 10 cities throughout the state would be allowed to extend operating hours under a so-called pilot project that would begin Jan. 1, 2022. The cities include Los Angeles, West Hollywood, San Francisco, Oakland, Sacramento, Fresno, Long Beach, Palm Springs Cathedral City and Coachella. 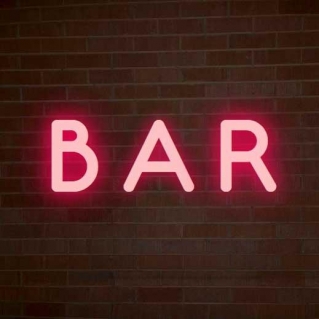 That would affect more than three-quarters of the state’s population and would have regional consequences for areas that are within driving distance of the cities where the bars stay open later. That includes the East County.
The fact that it’s being proposed as a pilot project is just a ruse. Make no mistake, the goal is to get this thing passed statewide eventually.
SB 58 made it past its first hurdle March 12 in the Senate Governmental Organization Committee, when 10 senators voted yes. Sen. Ben Hueso, who represents portions of East County, was among the four no votes. Our other East County Senator, Brian Jones, did not vote. The Senate Appropriations Committee, where Jones will get another chance to vote, suspended the bill until it can figure out the funding mechanism.
Harm related to alcohol costs California more than $37 billion annually, including expenses related to public safety, crime, collisions, injuries and illnesses. That’s according to research by the independent, nonprofit Pacific Institute for Research and Evaluation (PIRE).
That cost is associated with the current 2 a.m. closing time. Researchers say that amount would increase dramatically if the closing time was extended to 4 a.m. Law enforcement agencies will face an increased burden, which will impact their ability to respond quickly to other emergencies.
Alcohol Justice and California Alcohol Policy Alliance issued an urgent warning in March saying the “Zombie” bill will cause “death and maiming on the highways in what researchers call ‘splash zones’ around the 10 pilot cities.”
California suffers more than 10,500 alcohol-related deaths and $35 billion in costs each year, according to the California Office of Traffic Safety, which reported that fatal DUI is a chronic, worsening problem for the state. Between 2014 and 2016, deaths from alcohol-related crashes rose 21 percent. That number can only go up with two additional hours of alcohol consumption.
East County residents may not share the same late-night party lifestyle as others may in urban areas of the state. I live and work in the area. I want my neighbors, friends and colleagues to know what is about to happen that can profoundly affect their lives. This is a bad idea and we should stop bringing it up year after year. 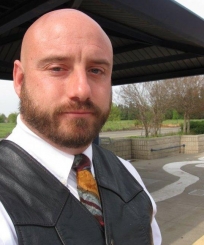 I agree with David that this bill should not be passed. We don't need more intoxicated drivers on the road, or increased traffic during quiet hours. I also wonder why senator Wiener is attempting to get it passed for a 3rd time. Is there some type of payoff for him? Who's influencing his decision making? Something doesn't seem right. As far as our other decision makers go - they need to step up and represent the citizen majority, not special interests. This bill if passed, would also require more police presence to help keep our streets safe. I don't believe any perceived benefits will outweigh the risks and costs to society.