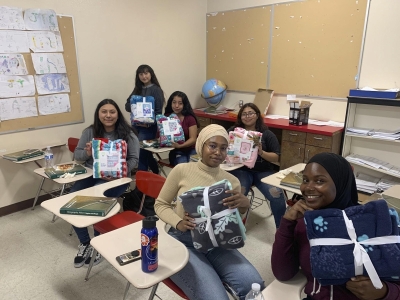 Photo:  East County Youth Coalition members hold up the blankets they are making to help families in need who have been affected by domestic violence, substance abuse in the home, and children in foster care. The blankets will be completed in time for the holidays. Photo courtesy IPS

November 13, 2019 (San Diego’s East County) -- Youth in East County are making an important positive impact on health and safety in their communities and are acquiring leadership skills in the process. Through the East County Youth Coalition, high school students advocate against underage alcohol and drug use and focus on activities that promote healthy schools, neighborhoods, and families. Coalition members are especially concerned about adults who make it easy to obtain alcohol and marijuana, both in the home and through retail stores.

The Coalition, founded in 2003 by the Institute for Public Strategies, is made up of different campus chapters that have taken on some high profile activities to bring attention to the issues facing the communities where they live. In recognition of their efforts, they have received proclamations by both the San Diego County Board of Supervisors and the Lemon Grove City Council. 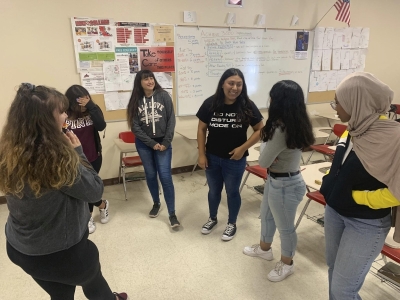 The students’ goals include making a change in certain views about the acceptability and social norm of underage drinking and challenging the misconception that it’s safer to let youth drink at home. They wish to bring awareness to the fact that youth drink too early, too much, and too often. They also advocate for additional resources for law enforcement to increase patrols in search of impaired drivers and identify how those underage are gaining access to alcohol and other substances.

A significant activity has been raising awareness of local social host laws, which aim to eliminate underage access to alcohol, marijuana and other harmful substances. Coalition members created a public media campaign to bring attention to the ordinance and to educate parents, guardians and students of the requirements and penalties associated with it. 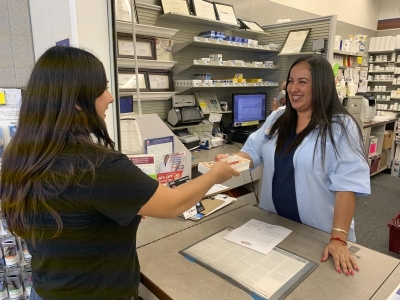 Students from Mount Miguel High School worked with school administration to record automated calls to all parents and guardians before holiday breaks to remind them of their obligations. The students recorded the message themselves for added impact.

Members of the ECYC created a reality party video that shows the potential impacts of underage parties and details the specific requirements of party hosts under the law. They also appeared on KUSI-TV on New Year’s Eve to raise awareness of social host laws.

ECYC members have been actively engaged in activities promoting healthy and vibrant communities. Since the founding, they have participated in numerous neighborhood cleanup events and promoted the Drug Enforcement Administration’s National Drug Take Back Day through the distribution of flyers to pharmacies reminding patrons to participate. 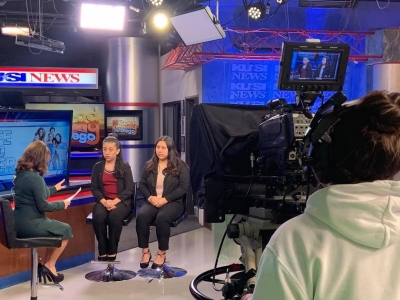 They have conducted several neighborhood assessments where the students documented evidence of crime and blight; published opinion pieces in newspapers on health and safety issues; and they are credited with providing the spark that led to the formation of the Casa de Oro Alliance.

At the high school level, the ECYC members have pledged to have safe and sober graduations; and participated in countywide Binge and Underage Drinking Initiative news conferences calling for safe proms.

They have hosted guest speakers on campuses to talk about health and wellness issues, and have advocated at the district level for the expansion of automated social host calls to all high school households in East County school districts.

The City of Lemon Grove passed a new law banning smoking, vaping and marijuana in parks thanks to efforts by the ECYC. The group hosted a marijuana forum at Lemon Grove Academy for students and parents.

ECYC members have also worked in partnership with the San Diego Sheriff’s Department to address the issue of illegal alcohol sales/access to minors. They have participated in decoy operations with sheriff’s deputies where they attempted to buy alcohol from liquor and convenience stores to make sure clerks were checking identifications. They have also been involved in shoulder tap operations where they try to get an adult to buy the alcohol for them.

The ECYC is working with the County of San Diego to adopt the Resident Leadership Academy into their activities. The RLA is a weeks-long training program where participants learn how to improve their local communities by gaining leadership skills, focusing on crime prevention and safety, land use, food systems and other related topics. In addition to learning valuable skills, participation in an RLA is an asset to have when applying to colleges, universities and trade schools.

“ECYC has helped me become a better leader in my community, an advocate who pushes for positive reform, and a champion for the wellbeing of my community,” said Itzel Acosta, a Mt. Miguel High School senior who has been involved with the coalition since her junior year. “ECYC has helped me with my public speaking, given me the opportunity to work with people of various backgrounds, and given me the resources to know how to build understanding around complex issues.”

Many previous members have stated that their participation in ECYC has laid the foundation for strong academic and career paths after graduation. Students say the skills they developed from spokesperson training; writing and publishing issue commentaries; understanding upstream prevention; acquiring media literacy; developing critical thinking skills; learning media advocacy; and message development, have all been valuable and marketable.

“The youth group is an incredible way for young people to develop relations with the community, improve public speaking skills and understand how to impact positive community change,” IPS youth group coordinator Stelle Andrade said. “All are welcome to join us to stop drug abuse and underage drinking.”

Membership requirements include the students must be between the ages of 14-24, live in the East County region, and agree to not drink alcohol or use drugs while in the group.

For more information on the ECYC, contact IPS East County Community/Youth Organizer Kate Santilena at (619) 476-9100 Ext. 120 or by email: ksantilena@publicstrategies.org. 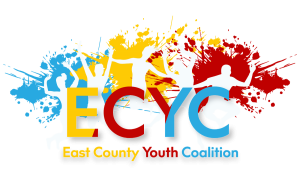 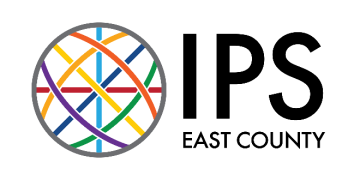 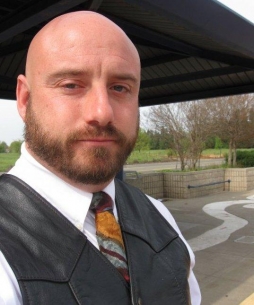