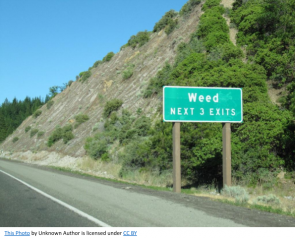 A month later, five more dispensaries were raided in Spring Valley, Lakeside and Chula Vista which resulted in the seizure of $1.1 million in cash and 3,000 pounds of marijuana. The very same month another illegal dispensary was raided in Flinn Springs, which resulted in the seizure of 292 pounds of marijuana, concentrated cannabis, edible products and about $4,700 in cash. 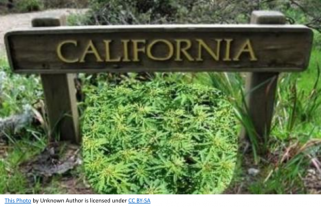 In post marijuana legalization California, San Diego County residents have expressed confusion between what is allowed and what isn’t, and concerns have been raised by East County residents about the impact that illegal dispensaries are having on communities and the health of their children.

Proposition 64, which in 2016 legalized the recreational use of marijuana in California, gave wide authority to cities and counties to regulate and outright ban the sale of marijuana in their jurisdictions. With that authority, in March of 2017, the San Diego County Board of Supervisors enacted a ban on any dispensaries in the unincorporated areas of San Diego County. The ban included a clause to shut down any remaining cannabis dispensaries by 2022.

Flash forward to today and we see illegal marijuana dispensary owners take advantage of a legal loophole which requires the process of shutting down a dispensary that is operating in unincorporated San Diego County to rely primarily on Code Enforcement first and the Sheriff’s Department second. What this means is that dispensary owners are required to receive due process in the efforts to shut down their business, often resulting in a delay of weeks or months. 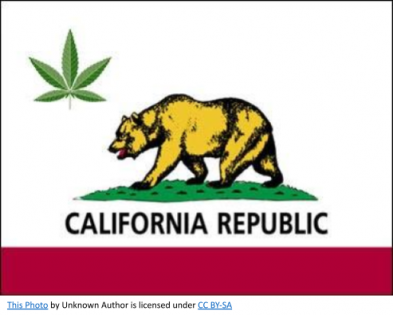 Communities are left with the impact of these unregulated operations which have been shown to bring increased crime and violence and the opportunity to access marijuana to those under the legal age. And while the measures allowed for use by those 18 and over with a doctor’s recommendation for medical marijuana and those over 21 for recreational use, ignored was the fact that cannabis is harmful for the developing brain of an adolescent through age 25.

Legalization also presented an incorrect image that marijuana has little to no negative impacts. With the increase in availability and popularity, more and more kids are finding it accessible and are trying it and using it regularly.

According to the U.S. Surgeon General, marijuana is the most commonly used illicit drug in the United States. It acts by binding to cannabinoid receptors in the brain to produce a variety of effects, including euphoria, intoxication, and memory and motor impairments. These same cannabinoid receptors are also critical for brain development and impacts the formation of brain circuits important for decision making, mood and responding to stress.

Surgeon General Vice Adm. Jerome M. Adams issued an advisory last summer on Marijuana Use and the Developing Brain also emphasizing the importance of protecting pregnant women from the health risks of marijuana.

“There is a false perception that marijuana is not as harmful as other drugs,” Adams said. “I want to be very clear – no amount of marijuana use during pregnancy or adolescence is known to be safe.”

Closer to home, the San Diego-Imperial High Intensity Drug Trafficking Area and the San Diego Marijuana Prevention Initiative in December presented the findings of the 2020 California Marijuana Impact Report. Among the findings, California youth have consistently had a lower perception of risk of smoking marijuana once a month compared to the national average. When asked about smoking pot in the previous month, California kids 12 and older continue to say yes at a higher rate.

Dr. Roneet Lev is the director of operations of the Emergency Department at Scripps Mercy San Diego. She appeared at the news conference announcing the Impact Report’s findings.

“Make no mistake that marijuana is addicting and hurting our youth. Addiction is four to seven times higher for people who start using drugs before their brain is finished growing at age 25,” Dr. Lev said. “I do not want to pass judgement on people, but I do want San Diegans and Americans to make informed decisions that include the real risks of using marijuana.”

Data also shows a direct link between youth marijuana use and crime. The San Diego Association of Governments Criminal Justice Clearinghouse recently released a report, Marijuana Use Among San Diego Arrestees: Three Years of Data Post Proposition 64. The report, also known as the CJ Flash, examined data from 2017 to 2019, including how perception and use of marijuana have changed among San Diego arrestees. The report found that in 2018 and 2019, 66% of arrestees were more likely to use marijuana after legalization, compared to 57% in 2017. The report also found that in 2019, 78% of juveniles reported ever vaping THC, compared with 62% of adults.

The Marijuana Prevention Initiative of San Diego County has a great number of resources for parents and community members to learn more about the potential impacts that marijuana has. Parents are encouraged to talk with their family about marijuana and the impacts it can have on the developing brain. Community members who are aware of illegal marijuana dispensaries in the unincorporated areas of San Diego County can report those to Code Enforcement via an online reporting system or can contact the Sheriff’s Department at (858) 565-5200. 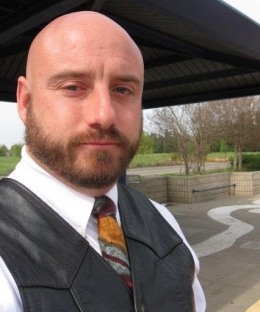 Teens have used alcohol as far back as I can remember. And drinking while pregnant can result in fetal alcohol syndrome. Teens have smoked as far back as I can remember and smoking can result in low infant birth weight. It is 68 years since first Surgeon General’s report on health harms of tobacco and, yet, everywhere I go I see kids and young people smoking. As for crime, anyone read history of U.S. during Prohibition era? Outlawing something just enables police and ruins lives of users.

I have NEVER smoked, sampled a little alcohol during my teen years and early 20s and NEVER used any recreational drug except caffeine and I wish people would find other means for relaxation, escapism, etc., e.g., watching sunrise, meditation, yoga, Tai Chi, etc.; but having followed the marijuana debate going back 50 years and read quite a bit on risks of harms, if I were to choose a drug, I would personally opt for marijuana over alcohol or tobacco. Yep, if used often problems; but friends I have known for many years use it maybe once a week, even as teens. I remember when I attended Carleton University in Ottawa, Canada, 1968-1970, because of extremely cold weather, up to minus 40 and lots of snow, all the buildings were connected with underground tunnels and coming to school, they reeked of marijuana, so I often chose to go between buildings above group.

Alcohol often leads to violent behavior, marijuana nope. Crime is not because of use of marijuana; but competition to sell. Tobacco is highly addictive with devastating health consequences, marijuana very low risk of addiction.

With the end of Prohibition, police and Feds would have been out of work; but instead they made the new Prohibition marijuana, either exaggerating its danger or straight out lying. It is absurd to focus on marijuana, including risks of harm without comparing it to what else is “legal” and easily available.

Again, it would be nice if people found other means and that includes overprescription of psychiatric drugs and pain killers. Often psychiatric drugs are prescribed because cheaper for health plans than paying for other therapies, etc.

I still own a book from 1972 that is just as valid today:

For anyone interested, probably copy in library or inexpensive copy on Amazon. Or Google short film from 1930s "Reefer Madness", an absolute incredible lie about marijuana.

And part of the current problem is politicians, bureaucrats, and law enforcement not developing fair and effective policies because of losing authority and/or believing all the exaggerations about marijuana and not comparing it to other drugs as the Consumer Union report did.

The use of "mind-altering" drugs goes back to the dawn of time and, for better or worse, will continue. The question is how to we handle this to minimize harms? Exaggerating and/or not comparing drugs is counterproductive.