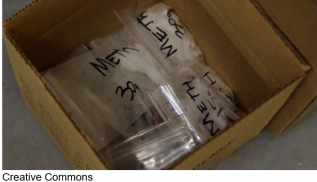 December 17, 2021 (San Diego’s East County) -- It is something that I don’t talk about publicly all that often, but I am recovering from a meth addiction. For a period of about 10 years, I used methamphetamine to numb the pain of personal loss, feelings of inadequacy, and chronic depression. Self-medicating was the choice I made instead of seeking the professional help I needed. My illness of addiction and my fear of facing my true shadows led to a trail of personal destruction that included losing multiple jobs, loss of friends and relationships, and health issues that still affect me today.

Then there were the deaths. The two individuals who I used meth with for the first time are now dead. Also, many other folks I used with are now dead as well. One of the things you hear in the rooms of recovery is that left untreated, the illness of addiction leads to three possibilities: jail, institutions, or death. I was fortunate to have found recovery and avoided these outcomes. But for many that is not the case, and sadly death seems to be becoming the primary end. 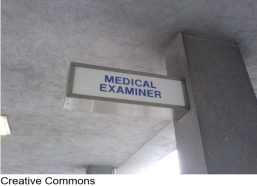 Methamphetamine is the number one killer in San Diego County among those using drugs and a significant driver of violence in our community. That’s according to the San Diego County Methamphetamine Strike Force’s 2021 Report Card. And the meth just keeps on coming. More than 42,000 kilograms of were seized at the U.S. Mexico border last year. More recently, U.S Customs and Border Protection reported almost half a ton of meth worth more than $1.5 million was confiscated last month in a tractor-trailer rig at the Calexico East Commercial Facility in Imperial County.

A snapshot of the latest statistics in San Diego County shows there were 722 meth related deaths in 2020, a 92% increase since 2016. Almost half (48%) of those deaths were between 45 and 64 years old. There were more than 40 emergency department discharges per day for amphetamines in 2019. Primary meth treatment admissions in San Diego County in 2020 were 52% male and 48% female. Meth death is so common now, that the Medical Examiner’s Office can usually guess the autopsy findings and toxicology results before the autopsy is completed based on the descriptions of the circumstances of the people that die. But while deaths are up, arrests for meth-related offenses are down. One of the theories for this is that people are dying before they get caught up in the criminal justice system.

The number of misdemeanor and felony arrests for methamphetamine in the East County when measured from 2016 to 2020 showed a decrease of more than 71% in La Mesa, 68% in Lemon Grove, 58% in Santee and almost 27% in El Cajon. Countywide including East County, unincorporated areas patrolled by the Sheriff’s Department showed a 45% decrease. There was also a 21% decrease between 2015 and 2019 in emergency department discharges for amphetamine dependence and misuse at Sharp Grossmont Hospital in La Mesa. 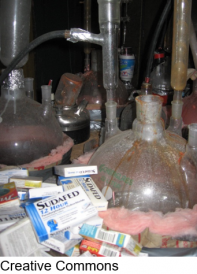 The Meth Strike Force was established by the San Diego County Board of Supervisors in 1996 and has become a collaboration at the federal, state and local levels, with contributions from more than 70 participating agencies. The annual MSF Report Card provides data from 2020 on leading indicators of meth problems, including a steady increase in emergency room discharges for amphetamine dependence in the East region over a 10-year period beginning in 2009.

Health officials consider Methamphetamine Use Disorder one of the most damaging and difficult to treat forms of addiction, with no easy solution. San Diego County’s Behavioral Health Services department offers help for anyone seeking treatment or who wants to help someone. Contact the San Diego County Access and Crisis Line at (888) 724-7240 or by calling 211. The Meth Hotline at (877) NO-2-METH can be used to report meth-related crimes and remain anonymous. The Meth Strike Force for additional resources can be reached online at www.no2meth.org.

The Institute for Public Strategies continues its work to increase recognition and visibility of the methamphetamine problem in East County and work to reduce the availability of meth and deter meth-related crime through collaboration with law enforcement. That includes the Sheriff’s Department in Santee, Lemon Grove and unincorporated areas in the East Region, as well as the police departments in El Cajon and La Mesa. IPS supports healthy lifestyle choices and encourages earlier health screening and engagement in drug treatment through community collaboration to address meth use.

IPS works alongside communities to build power, challenge systems of inequity, protect health and improve quality of life. IPS has a vision for safe, secure, vibrant and healthy communities where everyone can thrive. To find out more about IPS East County, follow us at: https://www.facebook.com/IPSEastCounty or by clicking on the links to our social media platforms: IPS East County Facebook, IPS East County Twitter, East County Youth Coalition Instagram. 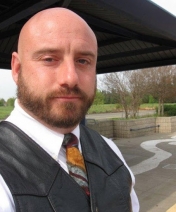