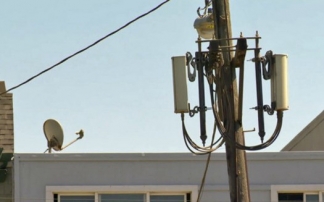 Safety standards for radiofrequency radiation from cell towers and wireless devices are based on studies done only on adults, not children

August 21, 2021 (Washington D.C.) - Wireless safety advocates are calling on the Biden administration to develop a policy on safer cell-phone technology in the wake of a new ruling in federal court.

On Friday, a panel of judges in the D.C. Circuit ordered the Federal Communications Commission to justify its 2019 decision to stick with 25-year-old safety rules for radiofrequency radiation from wireless devices and cell-phone towers.

The court ruled that the agency failed to properly consider the evidence on record before it upheld the standards. Devra Davis, PhD, is director of the Environmental Health Trust, one of the plaintiffs in the suit.

"The record was thousands of pages of peer-reviewed evidence in addition to testimony from individuals who reported on their personal harm to electromagnetic illness and sensitivity to radiation," said Davis, "which were completely ignored by the FCC. "

Advocates point to a $30 million 2018 study from the National Toxicology Program, which found that male rats exposed to RF radiation developed brain and heart tumors.

The court, however, agreed with the FCC and found that the study could not be extrapolated to humans. The court also took no position on the safety of RF radiation.

The wireless industry says its products are safe.

Joel Moskowitz, PhD and director of the Center for Family and Community Health at UC Berkeley, noted that 240 scientists have signed a petition, called the International EMF Scientist Appeal, that said government agencies have failed to impose sufficient guidelines to protect the general public, particularly children.

The FCC now has to decide whether to comply or appeal. An FCC spokesperson, when asked about the court opinion, merely said the agency is reviewing the decision